The above photo was sent in by Simon Smith, details are unknown but being such an impressive looking craft, it won’t be long before a woody ID’s her for us.
Update – chat in the comments section between Paul Drake & Harold Kidd around whether she could be Ponui. HDK has advised that he agrees with Paul in that the stem is too plumb for Ponui, but HDK commented that she’s very similar in layout for the time, even to the conning tower in the cabin top. Photo below. 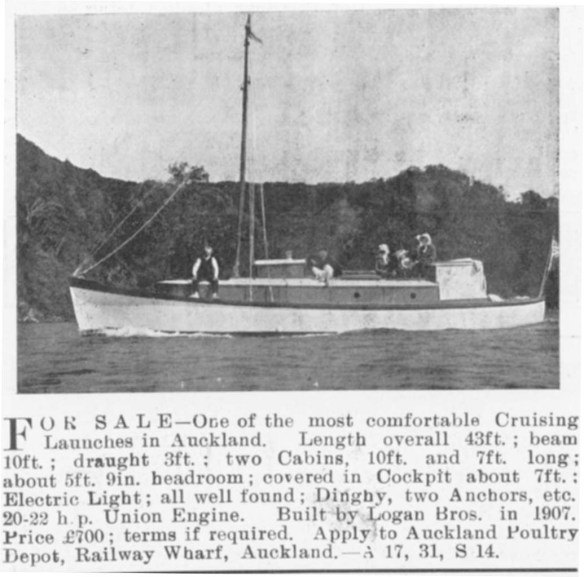