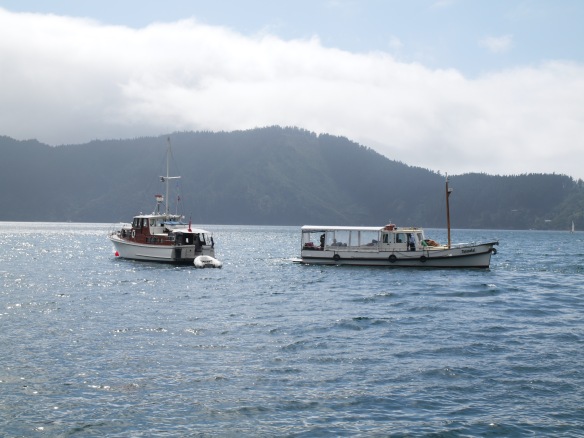 While down South on my Trinidad cruise I spotted Tutanekai dropping off people at the Bay of Many Coves resort in Queen Charlotte Sound. Tutanekai was built by E.R. Lane in Picton in 1930 & measures 42’x10’x3’6”. The zoom zoom comes from a 115hp GM 471 diesel.

She started life as a mothership that towed harpooned whales back to the whaling station. Post those days, she was a mail boat for 30 years, then a fishing boat, & then worked in & around the mussel farming industry for 20 years. When retired she was very run down & her current owner Pete, restored her to what we see today.

In the last photo, we see Trinidad at anchor, while we were brunching 🙂

Can any southern woodys tell us any more about Tutanekai?