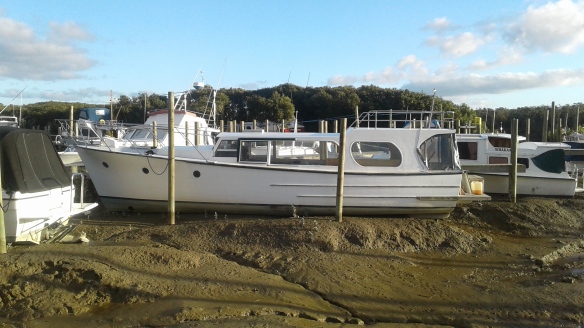 Check out the mud berth, these guys must get a few seasons out of their anti-fowl paint, 1/2 the day they are high & dry 😉

The above photo was sent in by Nathan Herbert & we have no details on the launch. Aside from the luggage rack on top of the cockpit roof , she is quite a pretty ship, in my eyes.

Anyone able to tells some more about the vessel?

Update – a collection of photos below from Nathan Herbert & Ken Ricketts from over the years – my question is – whats the current name of the launch, can a Thames woody confirm she is named ‘Awatea” ? (It is – thx Jason P) 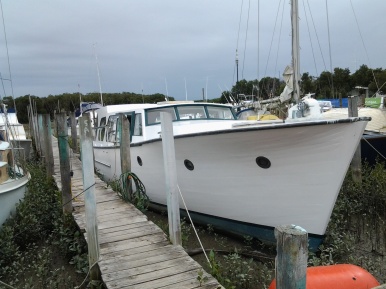 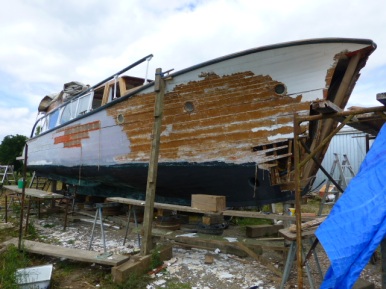 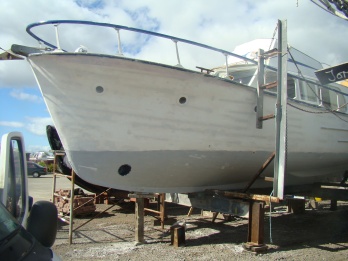 Updated Details (ex Ken Ricketts) Her original name was Flolaine after the owners wife Flo & daughter in law Elaine, & was built by & for Major (a Christian name) Bailey, in a shed, a behind his Caltex Service Station, (Southdown Motors),  in Penrose, in 1958. She is now Called Awatea. – She is powered by a 6 cyl 80/100 hp Ford diesel .
She was not built with a flying bridge but one had been added by an owner somewhere along the way, back around the 1970s/80s, when she was living at Westpark Marina.

The Baileys owned her for several years & replaced her with another 34′ launch Major B. built in the 1960’s called Christine (photo below) 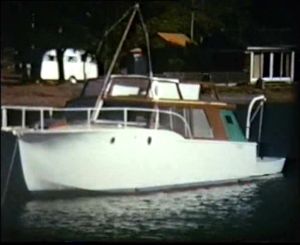 My father owned Awatea for well over 40 years, Arthur Anthony was his name and we moored her for many years at Half Moon Bay Marina and then Westpark Marine and finally Te Atatu Boating Club. Arthur renamed her Awatea the name of one of his father’s boats. My Grandad’s name was Mark Anthony and another boat of his was Rangi that was wrecked at Norfolk Island 1951 on there way to Sydney to Horbart. Arthur built the flying bridge on Awatea also put a new engine in and the bow thruster so he could manage her by himself. We have wonderful childhood memories of all the summer holidays away and the many many happy day trips with our own children. Arthur would of liked a yacht but with three girls in the family went for space and comfort. Awatea’s last few years with Arthur was on the hardstand at Te Atatu Boating Club where he visited her everyday to potter. His mobility wasn’t what it used to be but he could still get on her on the hard so that is where she stayed until his passing. A few weeks before his passing he said it was okay to sell her once he had gone. We are so pleased she is looking loved and giving another family happy memories. Thank you for all the happy memories. Sandra Hobbs