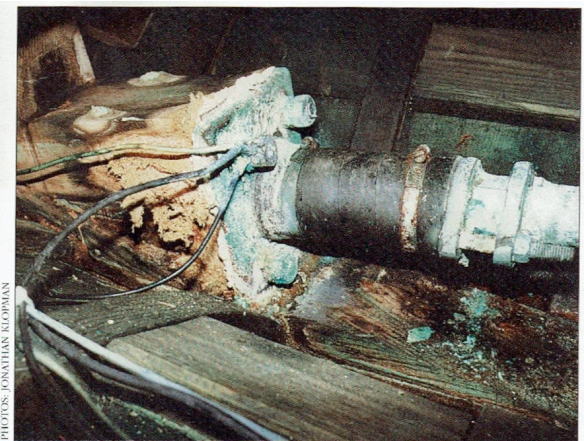 What Is The Most Referenced / Viewed Story On WaitemataWoodys ?

By a clear mile it is Chris McMullen’s story on electro-chemical damage to our classic wooden boats. link here > https://waitematawoodys.com/2015/05/15/electrochemical-damage-to-wood-the-marine-version-of-leaky-homes/
Taking to Chris the other day he mentioned that he inherited around 100 copies of the ‘Professional Boatbuilder’ magazine, from the late Max Carter.
Browsing the magazines, Chris came across the June/July 2000 issue & noted that one of the feature articles – ‘Wood Behaving Badly’ – by Larry Montgomery is very similar article to his ww article on the electro-chemical damage caused to wood by the use of anodes and bonding. Chris (being humble) commented that he considered it better written than his. The article had also been endorsed by the editor of the magazine.

Given the severity of the problem in NZ & in the interests of saving our classic boats, I have taken the liberty & re-produced the article below. Read it & heed it 😉 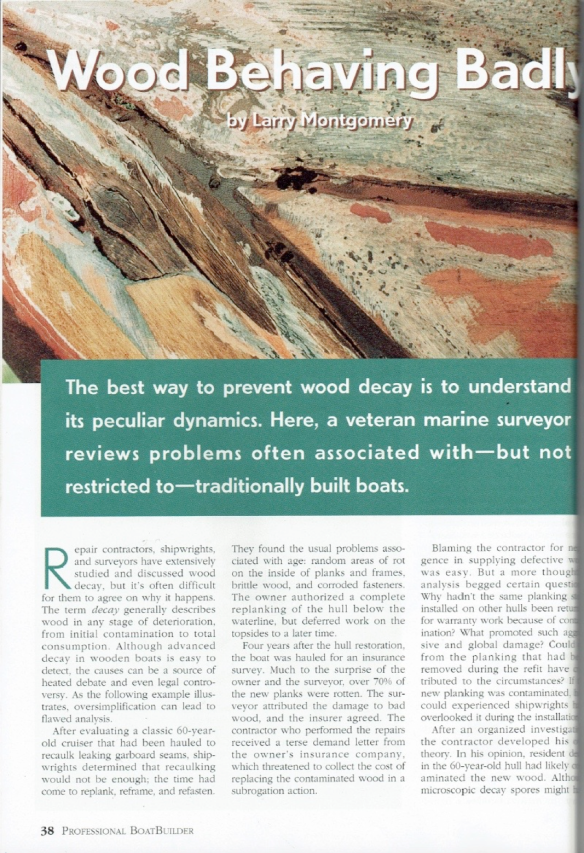 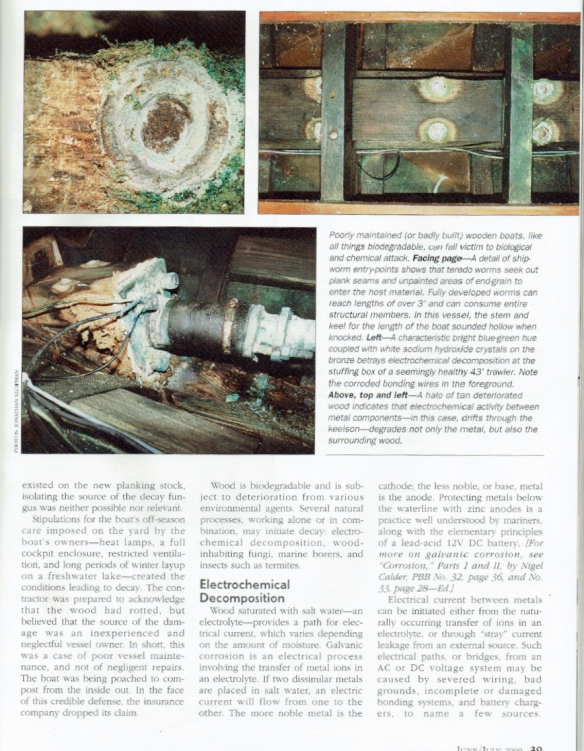 2 thoughts on “The Most Referenced / Viewed Story On WaitemataWoodys”