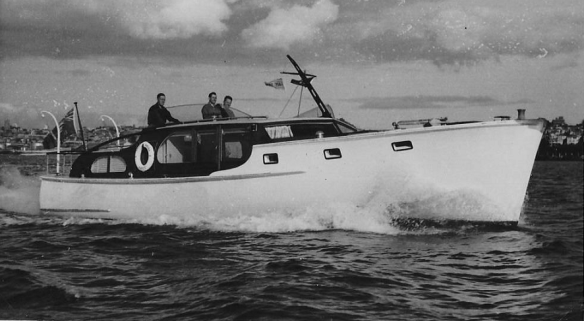 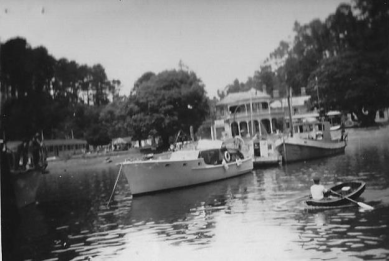 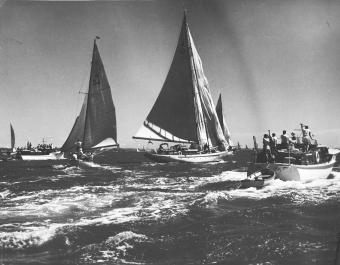 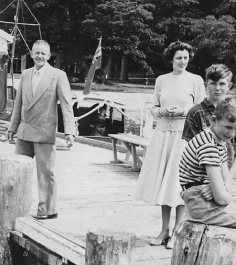 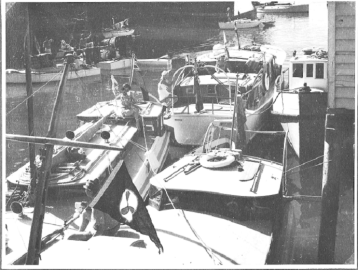 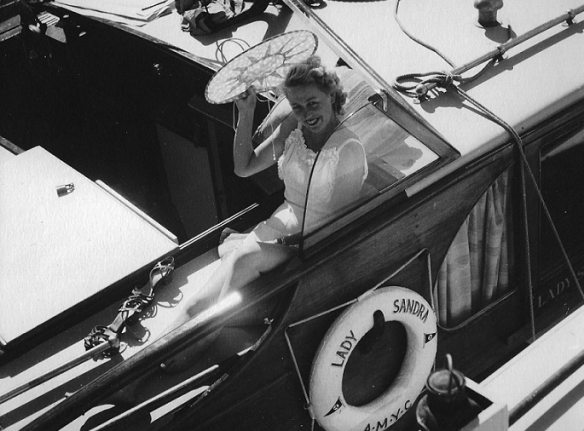 LADY SANDRA
Built by the Lane Motor Company for Len Peckham in 1947, powered with 2 x 6 cyl Scripps petrol engines. One of the glamour boats in her day but misfortune followed her around – she once picked up a tow line from a boat being towed, off Devonport wharf & got the tow rope around both propellers & pulled the propeller struts out of the hull & sank, just as they got her to the nearby beach. Later on in life  she went to Fiji where she was wrecked in a storm in the 1980’s. In the photos above the photo of the boys & man on the wharf, – the man is Alan Horsefall who owned Mansion House at that time.

The photos of her tied to the right hand side of the Mansion  House wharf have the Nancibel & Korora inside her. The bridgedecker, we can see a little of the dodger of in one photo, is most likely Royal Falcon. Also the boat in the Alan Horsefall photo is almost certainly Valsan.
Today’s photos are from Ken Jones & were emailed to me along with comments by Ken Ricketts. You can read more of Ken’s recollection of Lady Sandra here https://wordpress.com/post/waitematawoodys.com/1166

I’m loving the A.M.Y.C. life buoy in the bottom photo 🙂