Challenger, 38′ long, was built c.1962 by McGeady & originally powered by a 6 cyl Ford Diesel. She was built  for Mr Norm Fairlie, an Auckland businessman, who was a hugely dedicated & enthusiastic game fisherman, &  who mostly  fished at Mayor Island.

Challenger was the first of 2 boats built by McGeady for him in his Summer St Ponsonby premises,  the second being the 30 foot Tempest, a purpose built boat, he had McGeady build specifically for him, to fish for tuna, in the World Game Fishing Competition held in NZ in the 1960s. He won this competition with Tempest & sold he shortly afterwards. Sadly he never had any pics of her.

However Fairlie retained Challenger which he used, to fish in the “big game” section of the above event, in which he came second.

Fairlie kept Challenger until she was replaced by the 42 foot Commander One, which he had built by Alan Williams in 1967.

The story of her ownership is rather unusual.

Norm F. sold Challenger to a Mr Brown of Whangarei c1967 when Commander One was built, who later sold her to the Bradshaw family, of Rotorua.

Bradshaws later wanted to buy Commander One off Norm F. & he agreed to buy back Challenger off Bradshaws, as part payment for Commander One. Just after the deal was done, some people known to Bradshaws, heard about the Bradshaw’s deal & said they had always wanted to own Challenger, so rushed up to Auckland & bought her straight off Norm F., almost immediately after he had re-inherited her.

Ken lost contact with Challenger around this time, anyone able to shed some light on what happened to her & where she is now? In the photo above she is an impressive sight on her launch day in the early 1960’s, a launch that size does not disappear behind someones shed, so fingers crossed on more info. 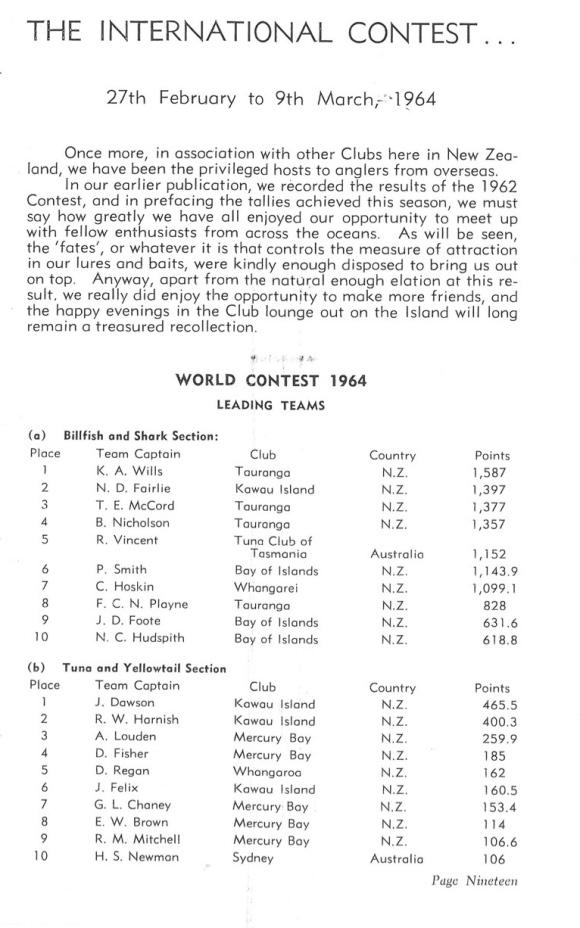 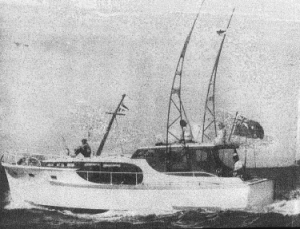 17-04-2016 I added the photos (ex Hylton Edmonds via Ken R) below only for the record – I will not comment on whats happened to her. If you must, click to enlarge. 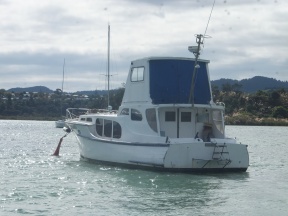 31-05-2016 photos below ex Noel Kelly via Ken Ricketts (c.2000) No comment on the plywood dummy block of flats other than how could you get a peek at what it will look like & still do it? 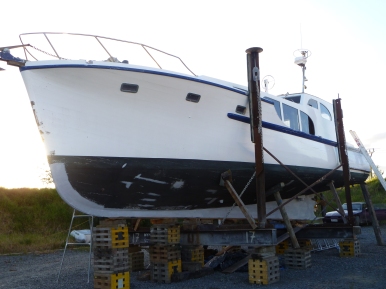