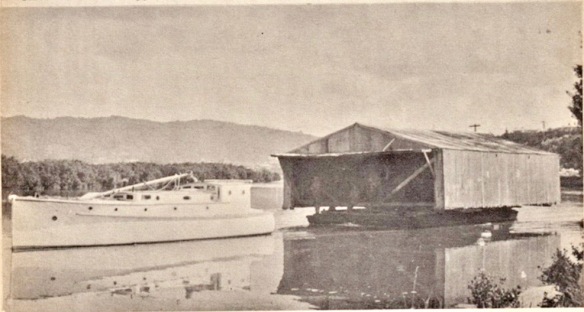 In the above 1963 photo we see the launch Valerie towing an ex Whangarei Harbour Board shed to Port Whangarei, at the time river transport was judged to be the best option.
Input from Robin Elliott and Harold Kidd (previous WW story) – Valerie was designed and built by the  Lane Motor Boat Co. in 1929. She is 35’ in length with a 9’ beam. For many years she was owned by the Reynolds family, close friends of the Pickmeres, who owned her up until the late 1960’s. Apart from a short period in Auckland during the 1960’s she has spent almost all her life in Whangarei and the far North. It is believed Valerie was sometimes used by H. Pickmere when he was charting the far north.

I spotted her in December 2019 hauled out at the Opua marina getting a serious refit that included being re-powered with a Yanmar 115hp. Read / see more here
https://waitematawoodys.com/2019/12/31/valerie-gets-a-birthday/ 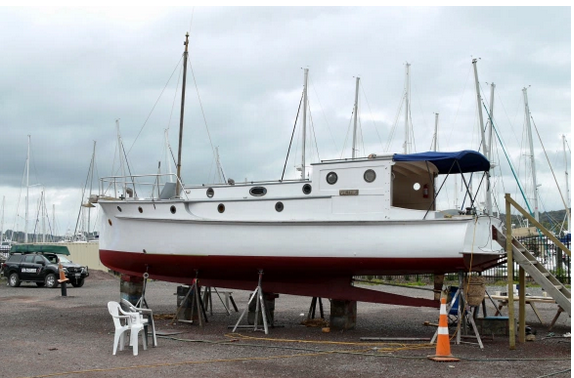