STORM BIRD
The photo above of Storm Bird was sent in by George Janis, his father and a retired Scottish boatbuilder named Jock McCallum in 1950 built this 20’ launch. Storm Bird had a raised foredeck and a dodger. The family owned her for 24 years, and she was powered by a Morris Vedette 6/12 marine petrol engine, with a 2 to1 reduction.
George would like to uncover info on what became of the vessel and whether she is still in the Wellington area.
Do You Need A Bow Thruster?

If you have been considering installing a bow thruster or if you occasionally have a berthing oops – read the article below that Chris McMullen sent me – it originally appeared in the May 1944 edition of – Yachting World & Power Craft. It’s been in Chris’s files for years and he uncovered it during lock-down. Chris commented that he felt he should share it. Have a read it explains boat handling in plain English + the analogy of thinking the propeller is a wheel is good. If its too hard to read, drop me an email and I’ll send you it in a larger format.    waitematawoodys@gmail.com 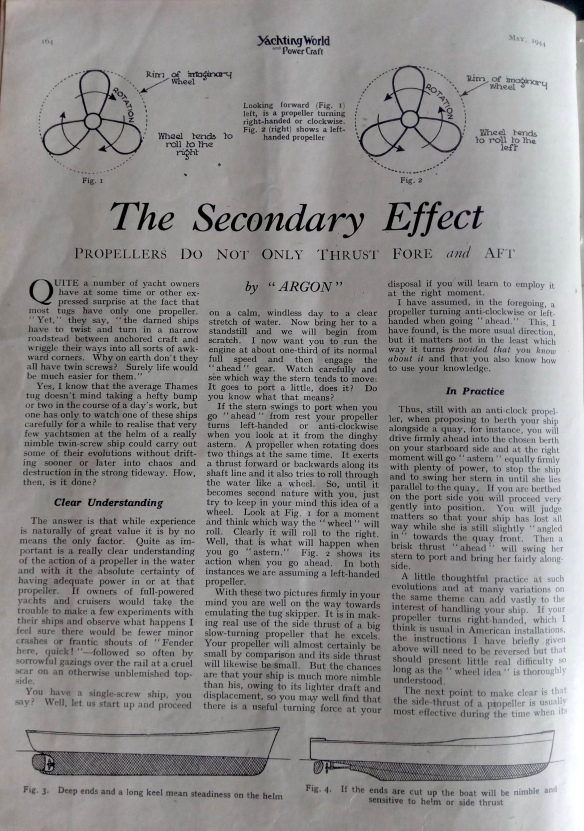