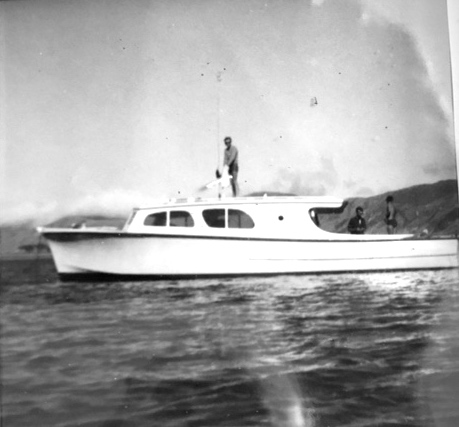 I have been contacted by Simon Manning on-behalf of a friend of his who is trying to track down a Marlborough Sounds launch named Wai-iti.

Wai-iti was possibly built c.1950’s by Swanson. Simon’s thinking around Swanson is based on her sheer and the location near Blackwood Bay and Picton. Although Simon commented that the chine forward is a bit unusual for a Swanson.

Back in her day, Wai-iti was based at Mistletoe Farm, in Onahau Bay (Queen Charlotte Sound) and was owned by Jim and Jo Vogel.  They apparently had 2 boats; ‘Aqua Lady’ which was a speed machine used for waterskiing and “Wai-iti” which was used for picking up guests and supplies in Picton and for fishing trips – which were legendary. Wai-iti was white and quite elegant but unassuming.  Simon’s mother and others he has spoken to, do remember the boat but don’t know what happened to her, or where she is now.

The people trying to locate Wai-iti have a genuine and special reason for doing so and will be visiting NZ, so woodys – it will be a very cool thing to be able to find out what became of her. 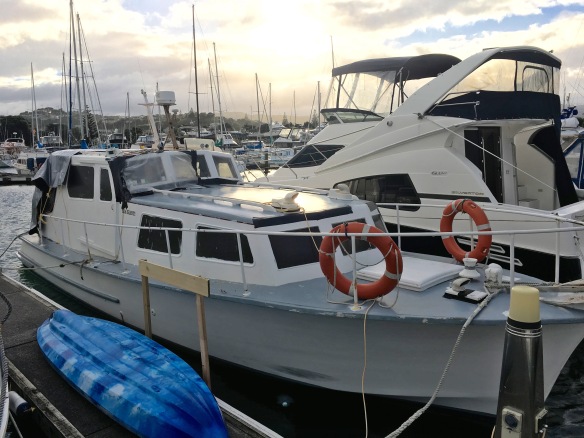