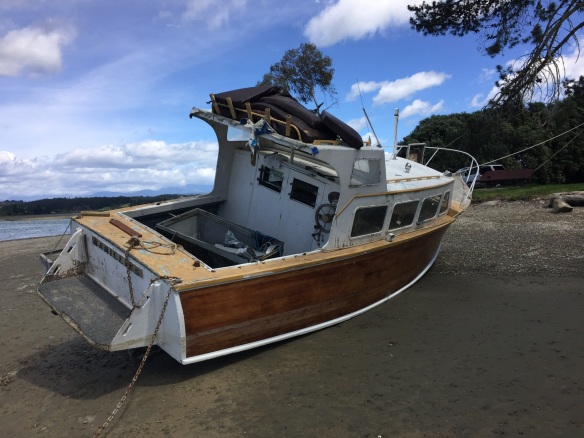 I was sent the ‘washed up’ at Grossi Point, Nelson photos by John Burland in mid November 2016, then the one of her at the Nelson wharf in Nelson in mid December so someone rescued her. It appears that her name (on the stern) is ‘Ramillies’. Do we know any more about her?

The rather large heron on the wharf pile is a fake, named Hamish after a real bird that used to hang-out at the marina.

6 thoughts on “Mystery Launch in Nelson”