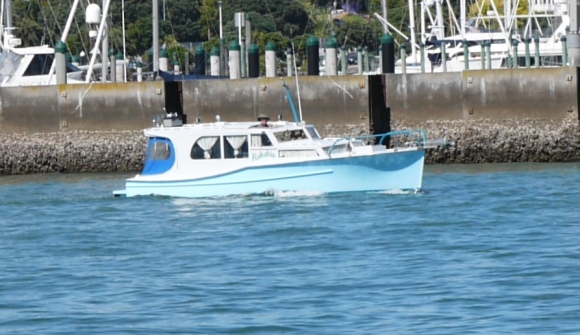 Todays post is a a 2 -4 -1 , two boats one owner. The above is Rukahia, the Barnes first launch & they were told she was built in 1964 at Waiheke Island. She is 30′ long & powered by a 130hp TS3 Commer. The photo of her exiting the breakwater at Westhaven was taken by me (AH) earlier this year during the CYA Classic Yacht Regatta.

The launch below is Erewhon the Barnes current launch & is an example of how its sometimes a wee bit hard to keep track of a boat given multi able name changes. Erewhon she was built (tbc) by Allan Williams at Milford & launched in 1977 and named Edelweiss, which then became Falcon, then Vera & finally (for now) Erewhon.
She is 28′ long & powered by a 80hp Ford. She is moored these days at Whangamata.

Anyone able to expand on the history of these two boats? 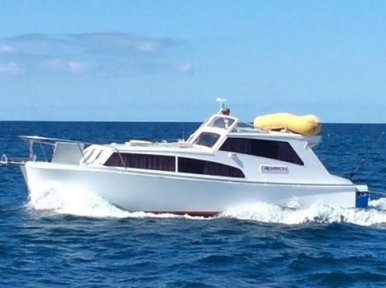