The photo above shows her at the 2014 Mahurangi Anniversary Regatta. Owned by John Foreman for approx. 20 years, John purchased her off Alan Keane & told me that he had touched base again with Alan in Port Fitzroy over Christmas and at the regatta weekend. John has been told she was built in 1927 by Chas Bailey – probably the son, Chas Bailey Jnr.

John & ww would like to near more about the ‘lady’ so if you know any details or have photos – send ww an email.

I think she was built by Leon Warne in 1922 for James Tombs as SHEIK. Tombs sold to Roy Browne in 1925. Browne sold to S. Harrowell in 1932 who had her largely rebuilt by Lane Motor Boat Co. which included her present bridgedeck. Harrowell renamed her LADY JOYCE. During WW2 she was in RNZN service. After the war Willie Oliver owned her for a while, which says a lot for her ability. She’s a few boats along from me at H Marina, Gulf Harbour, so I’ve been interested in her for years and I’m happy that the above provenance is correct. 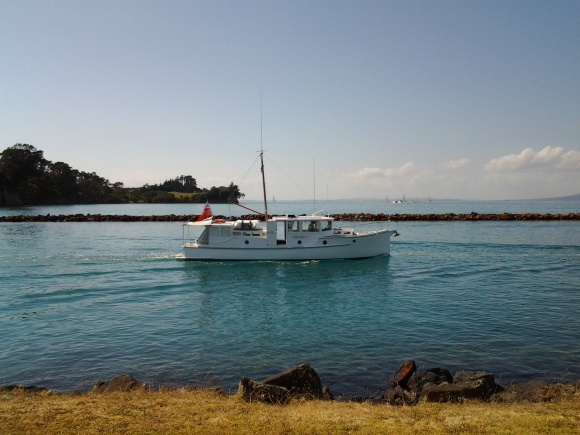 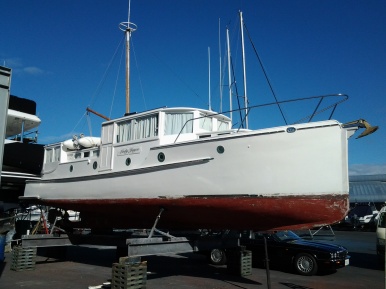