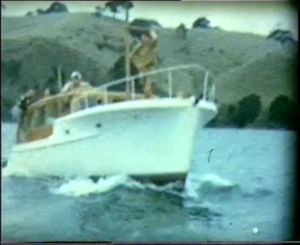 Built by Supreme Craft, – (McGeady), – on the corner of Summer St & Ponsonby Rd., Ponsonby, in the 1950s, she is a great example of the McGeady craftsmanship. She originally had a 4 cyl Ford diesel, later replaced with a 100 HP 6 cyl Ford. Her engine installation was done by the late Tracey Nelson, an outstanding marine & automotive engineer of Bell Rd Remuera, as were almost all of the McGeady boats, certainly from the 1940s onwards.

She was originally owned by Cyril Parker a self employed motor engineer, who’s business premises were in Kohimaramara Rd., Kohimaramara.

Apologizes for the quality of the photos, if anyone has better please email the to waitematawoodys@ gmail.com 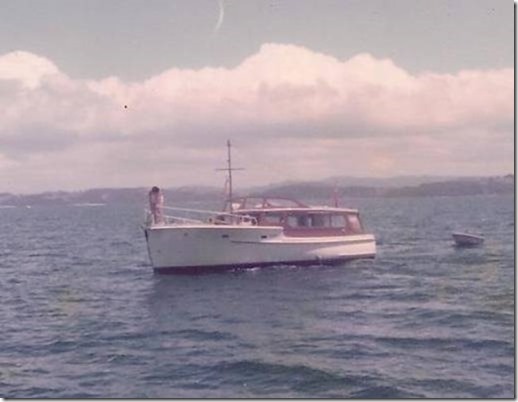