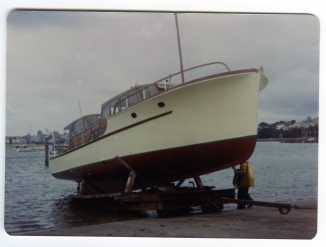 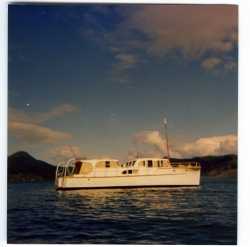 The photos above of the bridge-decker RANGINUI, a good-looking craft.

Does anyone know more about her, particularly who built her and where she is now?

Update from Ken Rickets –  RANGINUI was built for the Halls, who were building contractors, in the late 1930s or early 40s & as you can see in the 2 pics, she was lengthened in the later 40s &amp; am almost certain the addition was done by Roy Lidgard -but it may possibly have been Shipbuilders – the Halls had her for many years & she was a regular at Kawau at Christmas. The tuck had a special shape as I recall — looked a lillte bit long &narrow after being lengthened I thought.

Betty Bankart thinks she was built in 1947 by Chas. Bailey &amp; Sons Ltd, which seems plausible. 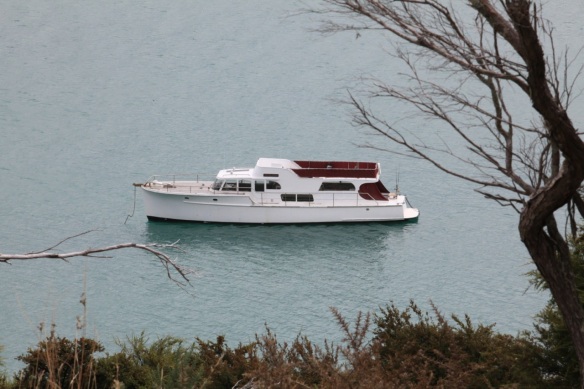 08-05-2017 Update – Peter Croft the owner of Ranginui was working on her & uncovered this ‘note’ written on the hull, in the loo (head). As Ranginui was launched in 1946 or 1947 it could have been written by one of the boatbuilders, or someone who didn’t rate one of the builders 🙂 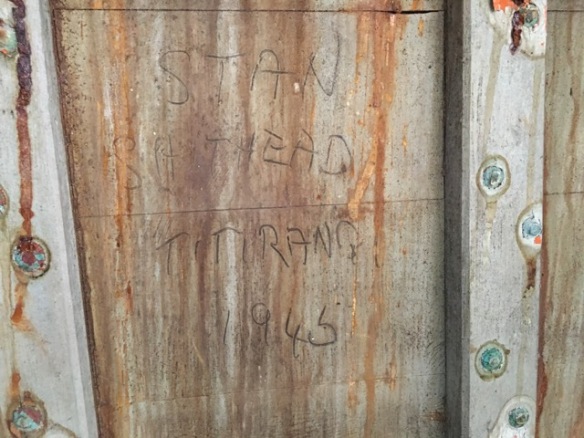