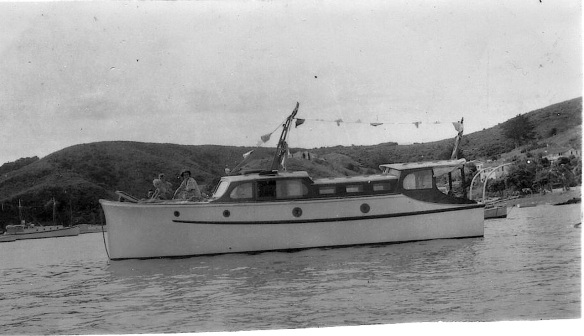 Today’s woody story is in response to an email I received from Diana Dummett in Australia, Diana’s Auckland sister was mooching around the web and came across the WW site, a quick search for the families old launch and jackpot up came the June 2017 story on the launch Oke Bay (formally named Diana S)
So – some background – Diana is Diana S, her father was Henry Durban Slyfield. Diana commented that the family spent many summer holidays cruising around the Bay of Islands. At the time Diana was 6>7 years old and that is her in the photo below sitting on the bow of Dianna S 🙂
Its great to see this photo of Diana S and to see that she has retained her look over all these years – photos and more detail at the WW link below. Lots of chat in the comments section 😉
https://waitematawoodys.com/2017/06/28/oke-bay/ 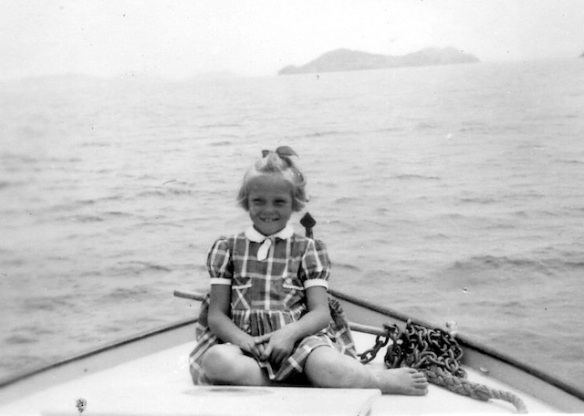