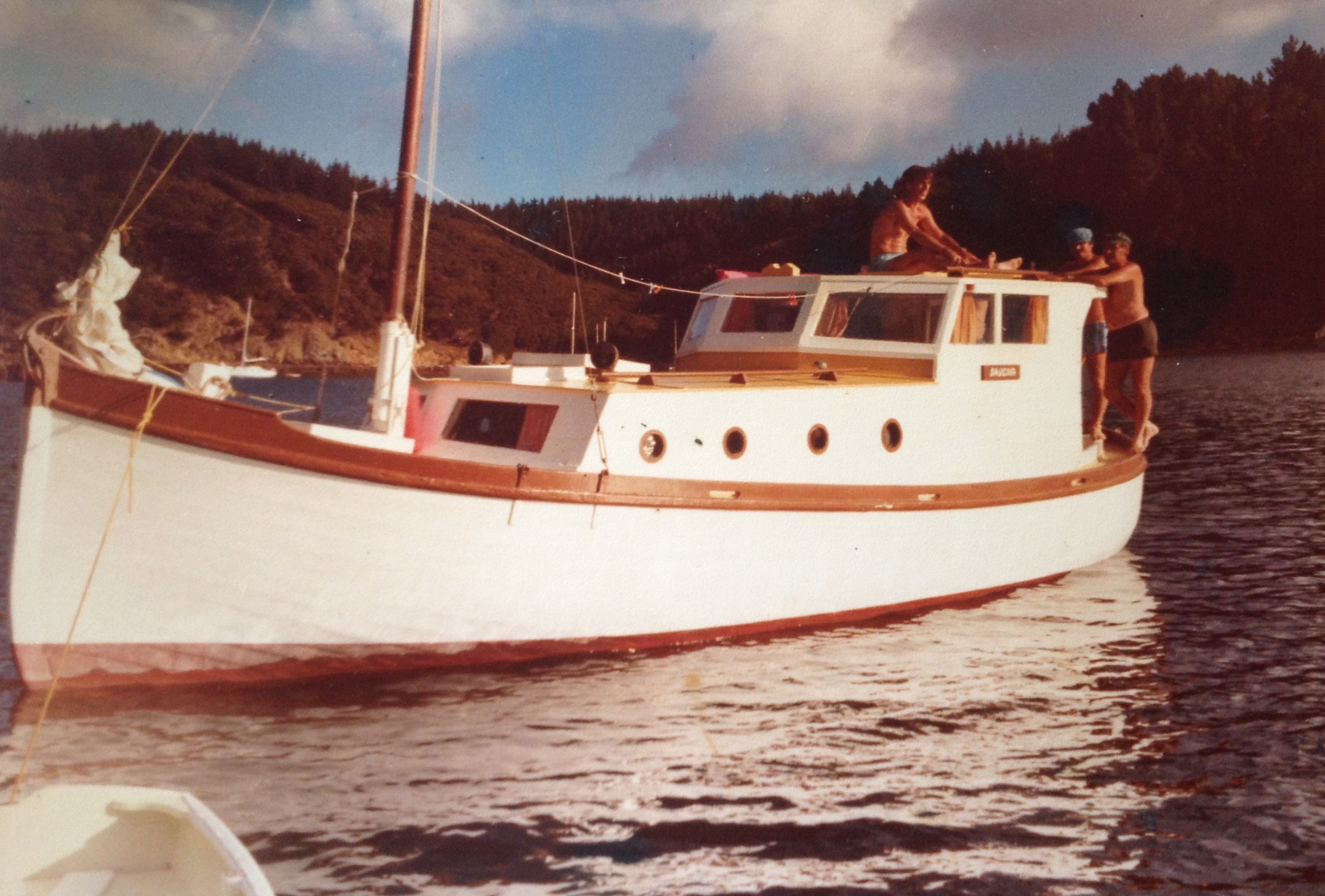 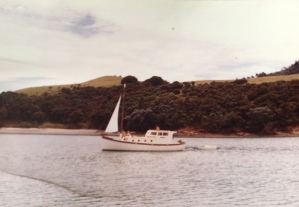 Carol Stewart passed the above photos onto Ken Ricketts. Ken has commented that with the advantage of being able to enlarge the photo supplied to him, he is “fairly confident” the name on her side reads Dorcina. I’ve also enlarged it & would not be be betting the house on it reading Dorcina, its just too fuzzy to read.

So woodys anyone able to put a name to this launch ? The canoe stern must help in the ID process.

“Close, but no cigar!! She’s Dolcina (original name?) and  resides in the Bay of Islands on a mooring to the outside of the Opua Marina.
She is normally very spick and span, the 2014 photos below were taken late season, show a regularly used boat, which when underway looks really great too.
Don’t know any more other than the fact you always get a friendly wave from the ‘crew’.
A very similar looking launch (may even be the same one?) when I was a boy, used to moor over by the railway embankment/bridge in Whakatakataka Bay (Orakei).
That particular  boat,  reputedly built (as a vague recollection) by an AHB employee to the same (but scaled down)  design of the  58’ foot (Bailey and Lowe 1912) Pilot Launch Waitemata.
When I see anybody aboard  Dolcina,  its usually in the Tug out pushing barges, so a bit hard to give chase and catch her (!), but if and when I do, I will see what I can find out.” 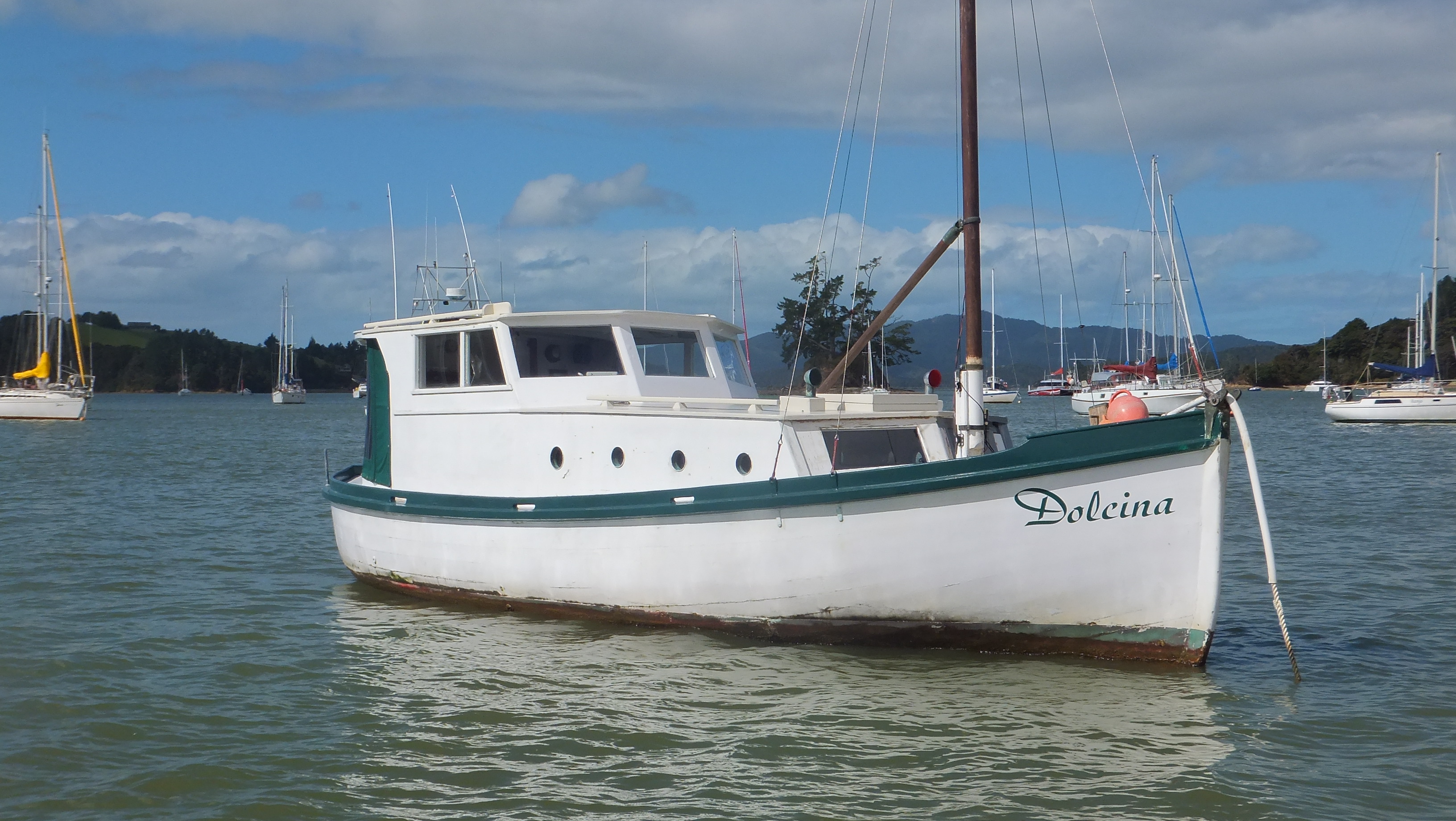 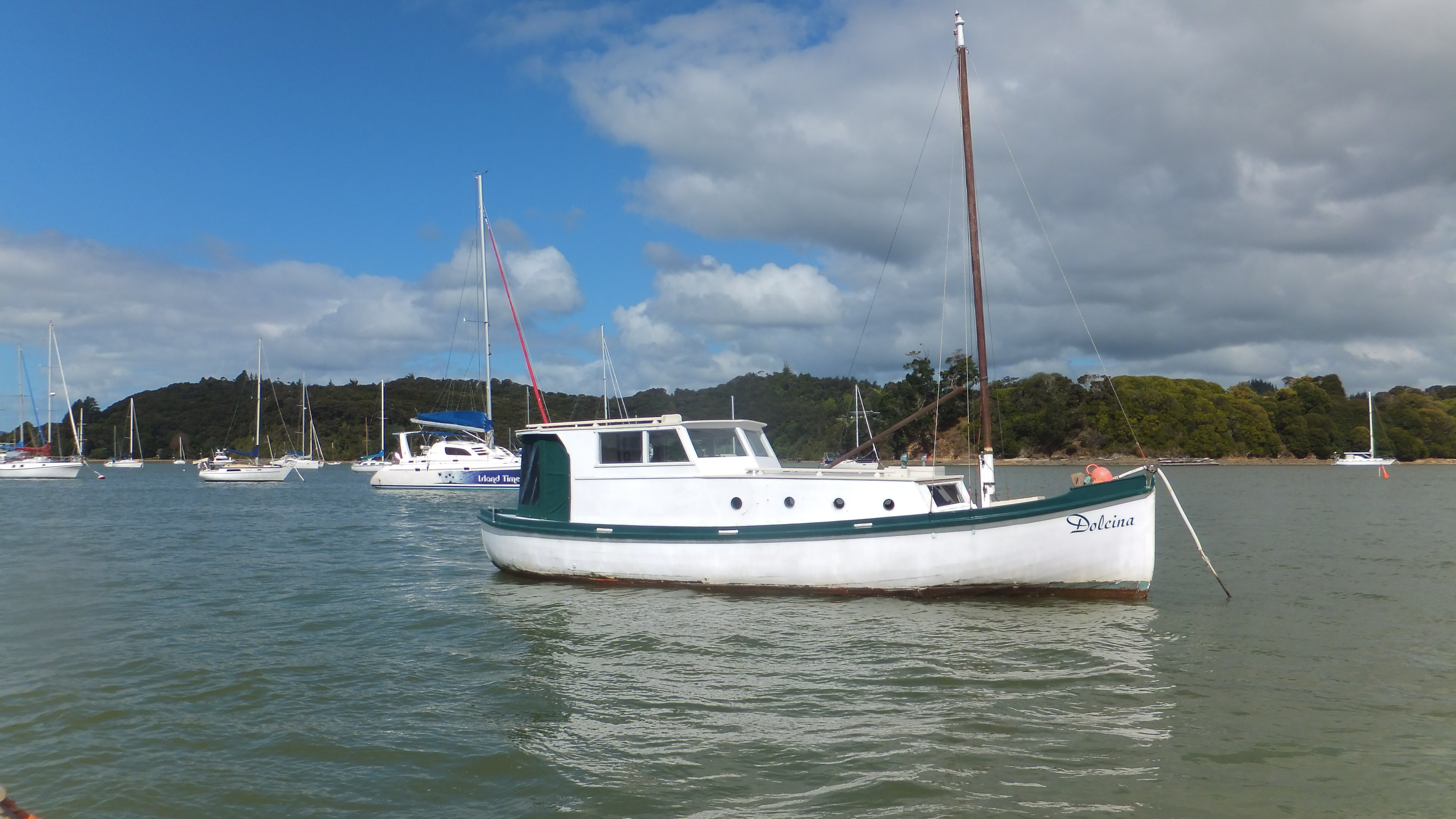 “I owned DAUCINA for 21+ year’s in Thames Coromandel, when i purchased her, her name was Daucina not Dolcina,we believe she was built in Wellington Island Bay in the 1950’s we bought her off Rob Wilson Who worked and lived at Kawau Island, The owner before Rob was the harbour master in Wellington and retired to Kawau Island with DAUCINA , i did quite a bit of work on her as she had been stripped out inside to carry building material from Sandspit to North Cove Kawau, i raised both cabin’s. i sold her to Allan Martin and William Owen so they could use her to update the book ..William Owen’s Hauraki Gulf 2nd edition…there is a picture of them coming out of Happy Jack Coromandel , ( page 176 ) hope this is helpful information , p.s. we had many great holiday’s with family and friend’s cruising the Hauraki Gulf .”