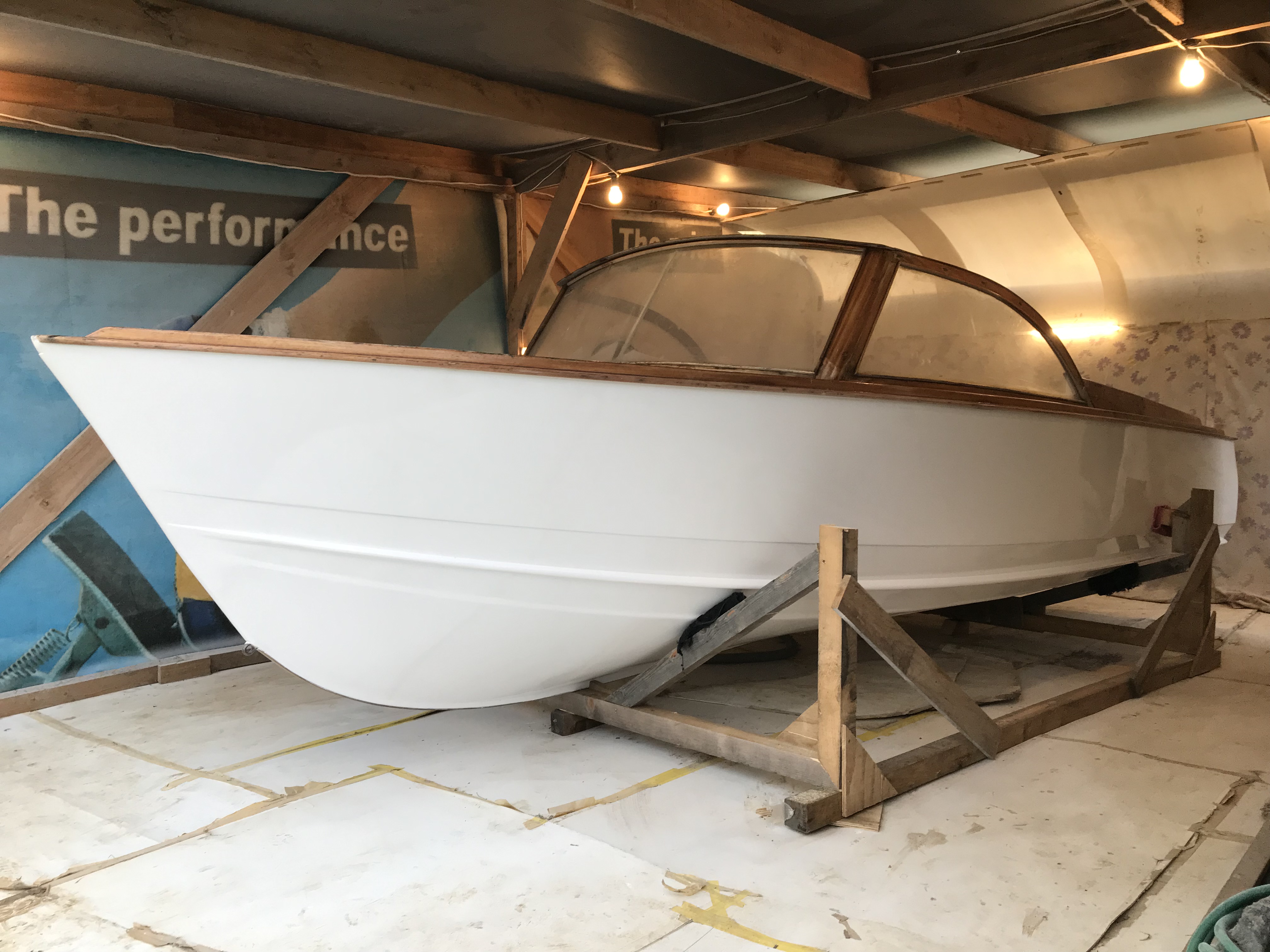 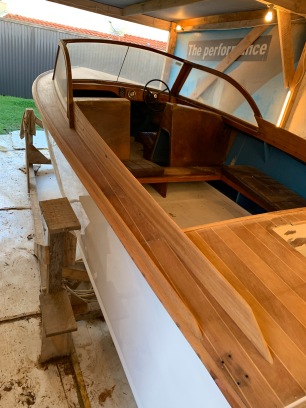 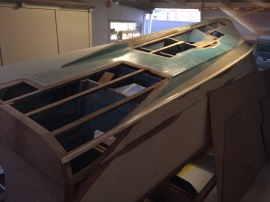 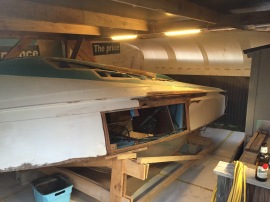 MANDINGO
Chatting recently with Sam Douglas he mentioned he owned a Max Carter 18’ runabout that he was restoring, obviously I asked for details – below is Sam’s reply.
“Launched in 1959, Gerry Gowan commissioned Max Carter to design and build this 18 foot outboard runabout to his specification. As far as I can tell she is kauri framework, solid mahogany trim and mahogany ply. Sometime in the 1960’s she was fiber-glassed to the chine. She has had about 5 outboard changes in her life, starting with a 40hp Johnson and ending with her current 1970’s Mercury 800. It is believed she was the first one of her kind and possibly an extended version of some earlier, smaller Max Carter runabouts. There is believed to be one other boat later built to the same design but Mandingo is the original. She remained unnamed until sometime in the 1970’s when the OBC, where she was a member, required all boats to be named. At the time one of the family was reading the controversial novel ‘Mandingo’ and so somehow the name stuck. Used extensively for cruising and fishing the Hauraki gulf, often to Tiritiri and Rakino she later took up residence at the family bach at Rotoiti where she stayed until the late 1980’s when she was sold to a family friend in Turangi where she resided until early 2018 when I purchased her and brought her back to Auckland.
She had been sitting unused in a shed for 15 years. Unfortunately at some point said shed sprung a leak, dripped down onto the deck and fresh water had left a tide line in her bilge. I bought her as a project site unseen and made the journey down to Turangi early one morning to collect her, not entirely sure whether she’d happily be coming back up with me. The trailer also hadn’t been moved in anger all this time but I was informed it had been driven a few hundred meters recently in order to have one tyre replaced (the other is still the original radial). Aside from the obvious downsides of fresh water and wood, what I did find on arrival was that the fresh water of the lakes where she’d resided for the latter part of her life had been very kind to the custom built trailer and the main outboard as well as the original 1950’s Seagull auxiliary looked in great condition and still turned over freely. The light board too plugged up and worked perfectly. So, with nothing to lose I nervously begun the journey home and with frequent stops to check such things as heat in the bearings and a lot of time spent looking in the mirrors to see if a wheel had yet fallen off, made it back to Auckland incredibly incident free that afternoon. (photo below)

She now resides less than a km from where she was originally built, in a shed in my backyard where I am trying to breath some new life into her (and learning a lot on the way!). I have now finished the hull and am working on the decks and interior. One of these days (a longer time after I had initially thought) I hope to re float her, use her extensively in the harbour again and reunite her with her 2 previous family custodians.” 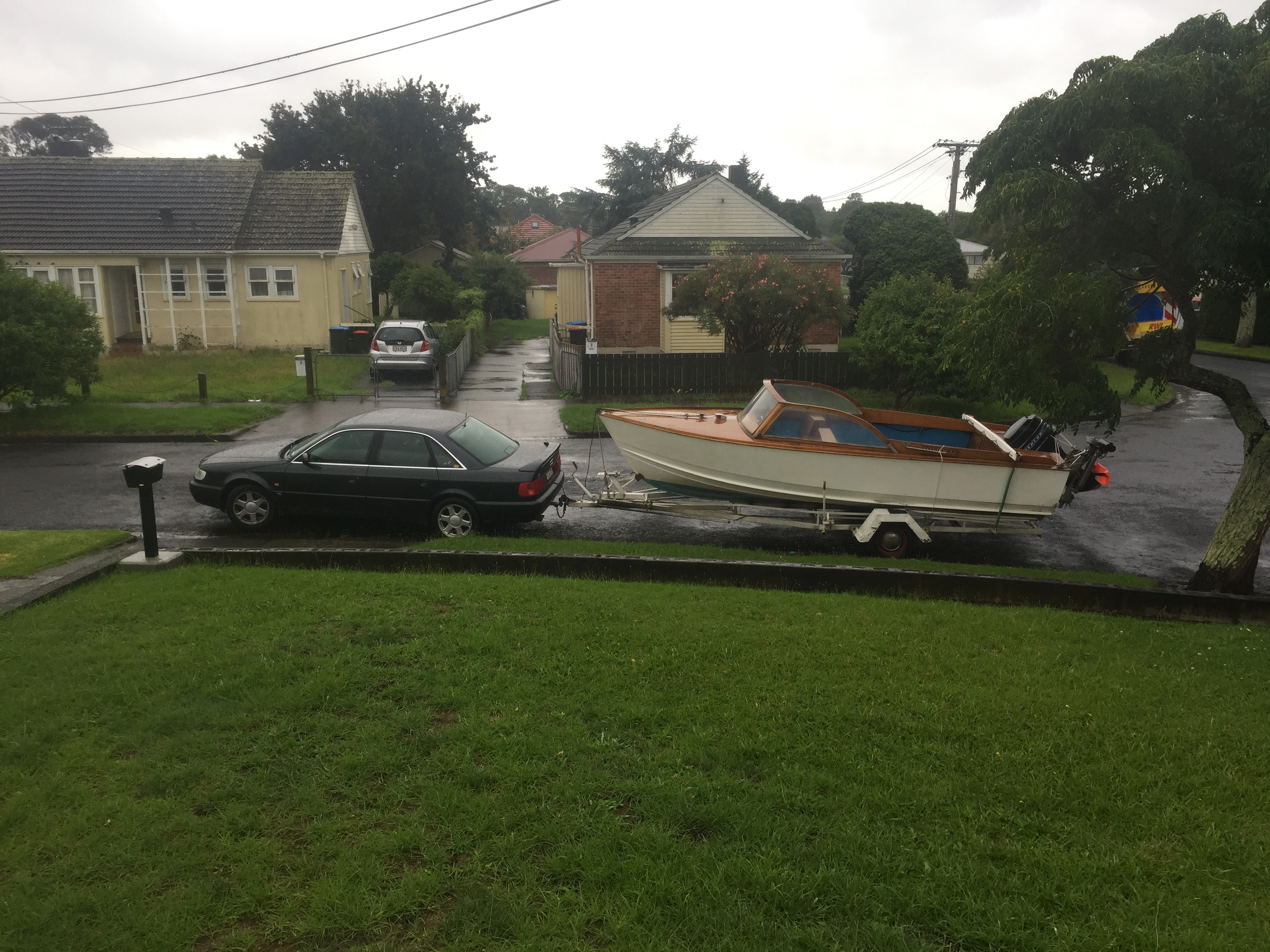 ‘Old’ photos below of Mandingo ex the Gowan family, the 2 black and white water skiing ones are presumed early 1960’s when she had a 40hp Johnson and the colour one 1983, sporting her still current Mercury 800.  Sam believes all are from Lake Rotoiti (North Island). 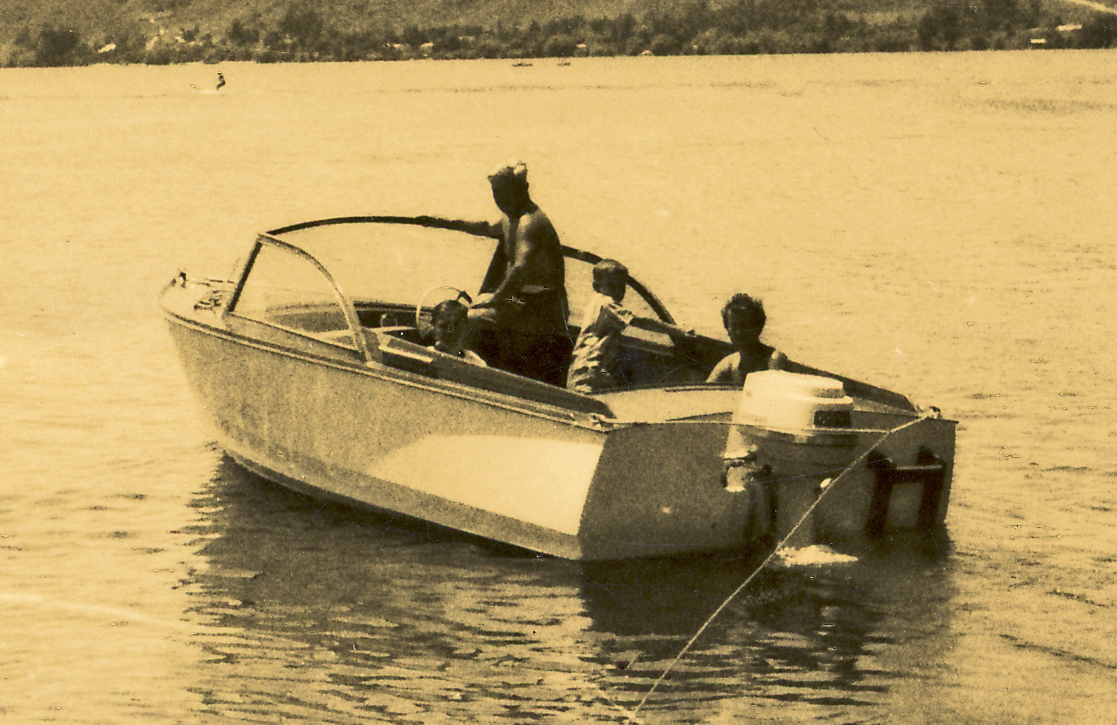 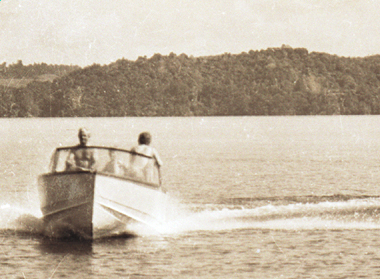 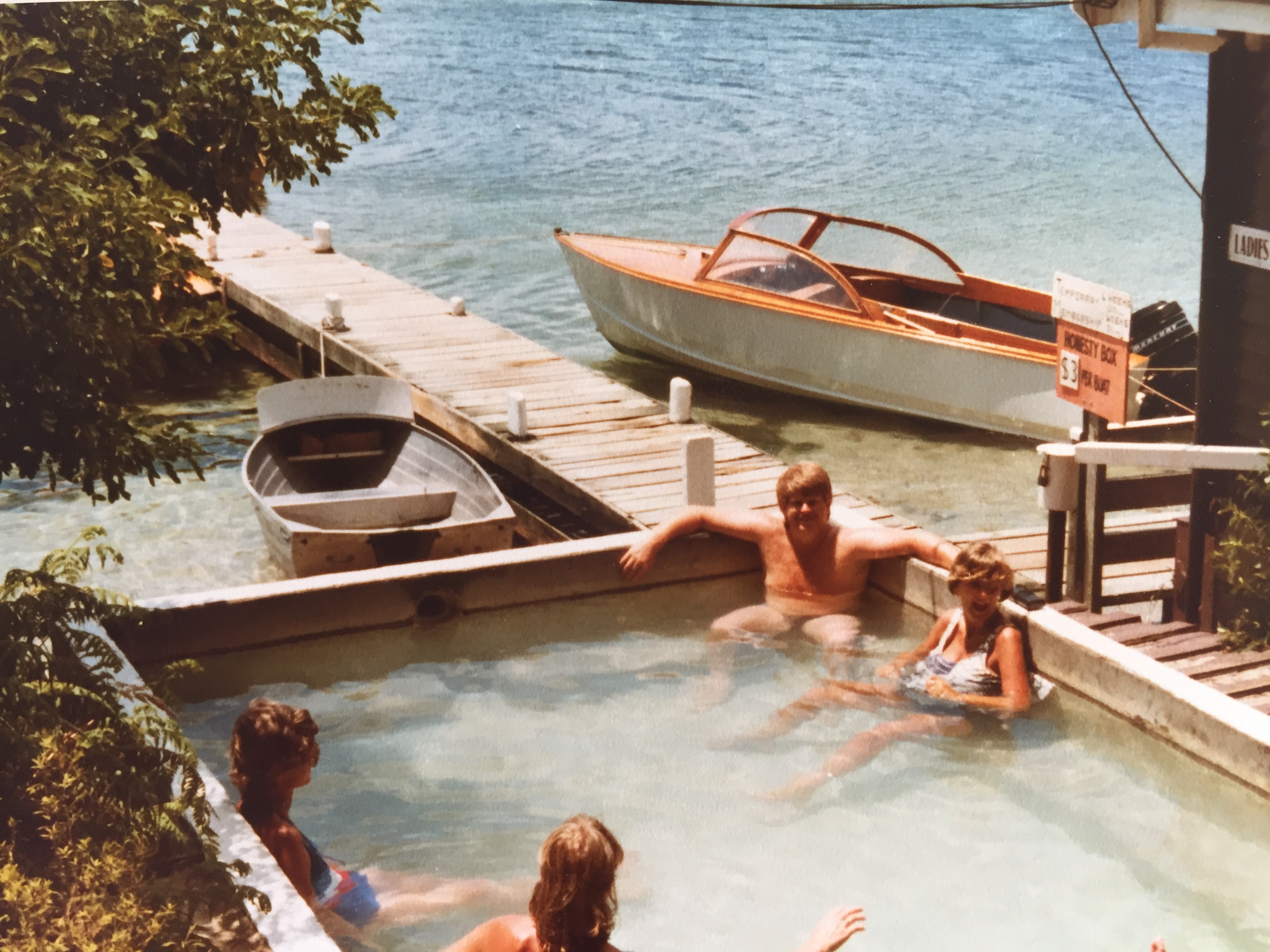