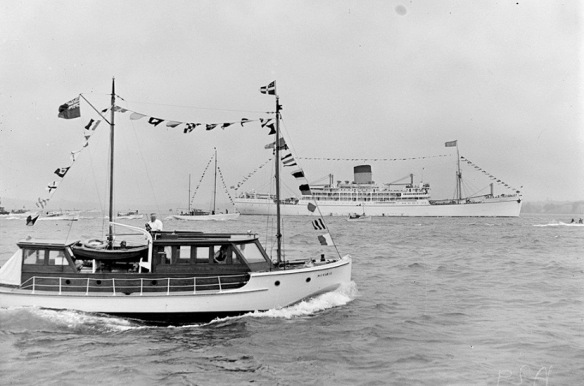 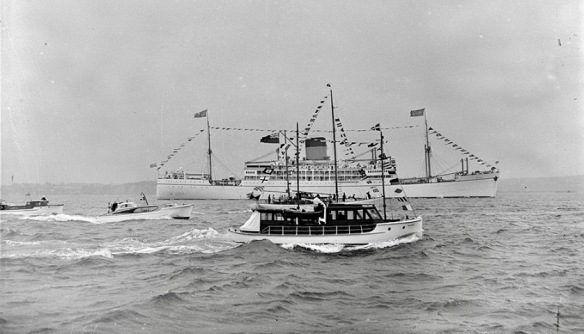 MOVARIE
In the photos above we see Movarie in the 1953 welcome fleet for SS Gothic. To her left in the 2nd photo are two other launches, the closest I would pick to be Nor’West the Lane  (Panmure) built c.1948>50. You can see/read more on Movarie here https://waitematawoodys.com/2013/05/12/movarie/
And Nor’West here https://waitematawoodys.com/2017/04/10/norwest-2/
The one on the hard left, is a mystery me – anyone able to ID her?
We do not score many wins in the game of ’spot the block of flats’ game but Kerin Owen deserves recognition – last week I received an email from Kerin and the subject line read “No Chainsaw Was Used”, opening it up I found  before and after photos of Kerin’s Jorgenson built launch  – Sharnda Leigh, they were taken during a recent haul out at Manganui. Now with a 1988 build date, she almost fits into the ’ spirit of tradion’ category, helped along by being triple skin diagonal planked. She is powered by a 135hp Ford Dover.
Well woodys – all I’ll say is – what a difference a haircut makes 🙂 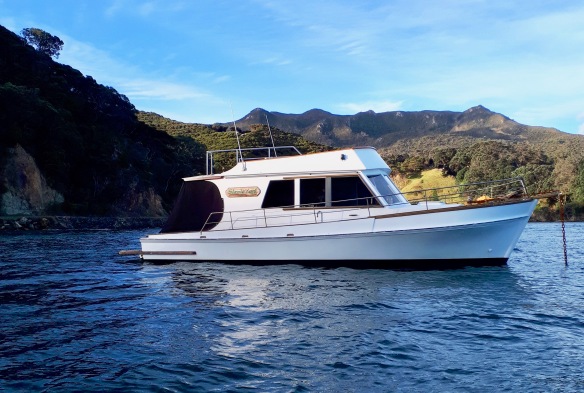