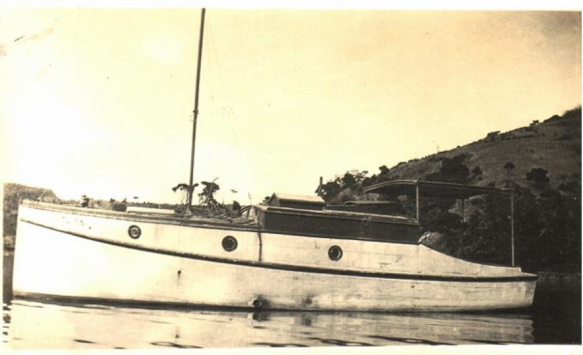 Today’s story comes to us via Ray Morey’s fb. Ray tells us Le Cygne was built in Auckland for a Whangarei doctor post 1918. Next owner was Enoch Doel, who had a grocery store in Kawakawa. He used her for deliveries around the upper reaches of the Bay of Islands / Waikare inlet.
Ray’s father bought the launch c.1930 from Enoch Doel. Back then power was a single cylinder ‘Buffalo’ engine. Back in those days the boat was commonly called ‘Latrine’. They sold her to a guard on the railways, and he relocated her to the Clevedon River.
Anyone know what happened to her?

Which is a good juxtaposition to remind you that the Woody Classics Weekend to the Clevedon Cruising Club is almost closed off, so many boats and limited space – it will be a monty of a trip, a great mix of boats and people have RSVP’ed. Do not delay, I will not be posting again on this event, driving attendance – RSVP to waitematawoodys@gmail.com. just need both yours and the boats name. Actually the boats specs i.e. LOL ,beam, draft will also be a big help.

Harold Kidd Input – LE CYGNE (the SWAN) was built for Dr Frazerhurst of Whangarei possibly by David Reid with a Buffalo engine (agent) immediately before the Great War. Dr Frazerhurst was badly wounded and spent the war in captivity. No clues what happened to her after she was part of the fleet to greet Lord Jellicoe off Reotahi in April 1921. 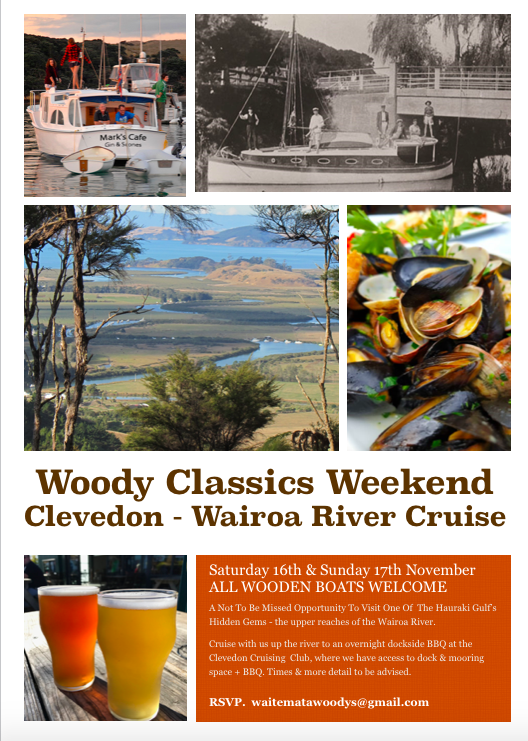