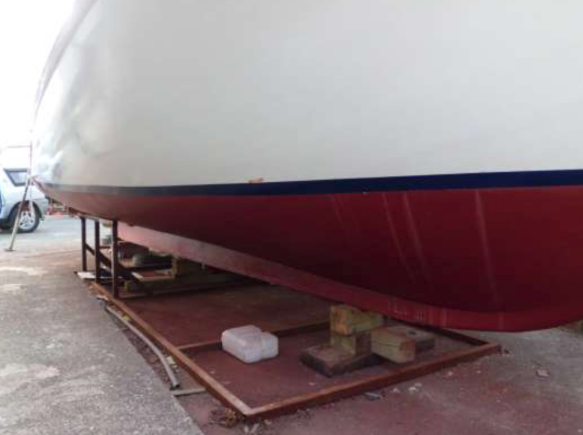 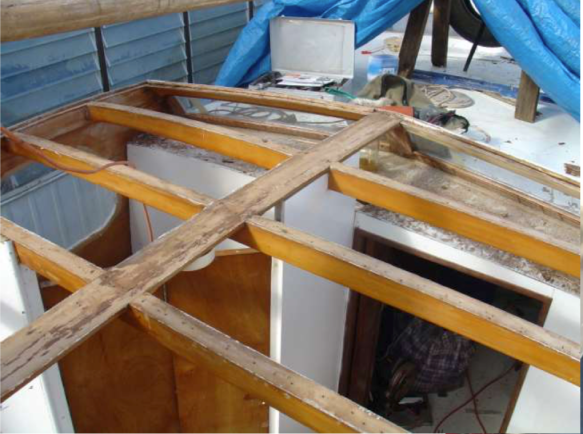 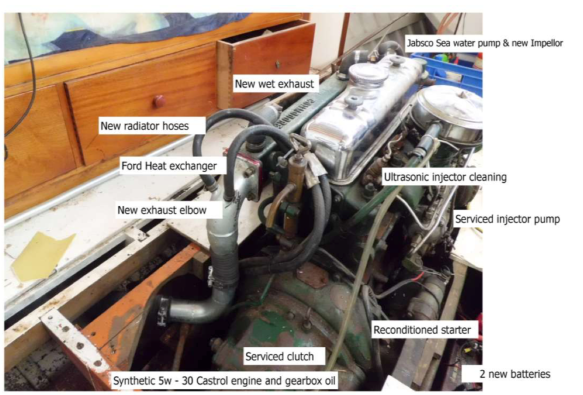 Kotuku was designed and built by Milford boat builder Alan Williams in 1960. She measures 32’ with a 9’ beam. Power is from a BMC Commodore diesel that was new when launched.
The bridge decker is kauri carvel built and has recently changed hands after a lengthy period on trademe. New owner’s Todd and Catherine sent in the photos above of her recent TLC.
Can anyone tell us more about Kotuku’s history.

Input from Mark Erskine – ‘Reviewing the above photos, in particular the ‘work in progress’ one, I see a note on the engine photo that the owner has used 5W 30 synthetic oil in the engine and gearbox.

I recommend the owner contacts either Castrol or Shell technical services for their lubricant recommendation for that particular engine and the gearbox.Tthere are a lot of old diesel and petrol engines in older boats and using the wrong oil can damage the engine.’