Rangi the one that hit rocks in Norfolk. 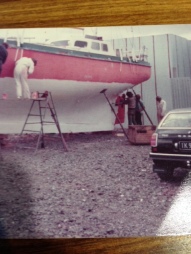 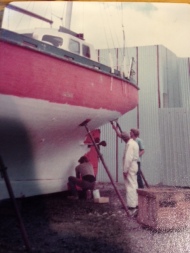 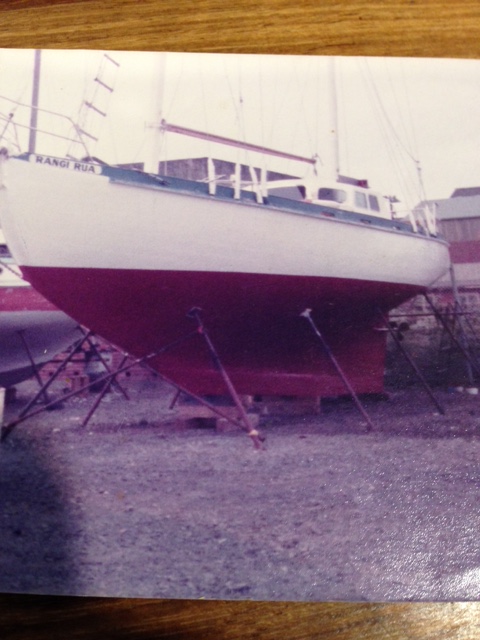 RANGI RUA (Rangi II)
I was recently contacted by Terry Hall in regard to his ex yacht Ranginui Rua, Terry commented that when he bought her she was named Rangi II (as seen in the sailing photo above) but when he tried to register her with Lloyds – London the name was refused as there was a passenger  ship with that name,  Terry had a Maori friend, a chief in Northland who suggested trying Rangi Rua –  Rua being #2 in Maori, he sent this off and it was accepted. Thence the ‘different’ name on the hauled out photos.
Rangi Rua was built by Mark Anthony in Freeman’s Bay and is a Woollacott 42′, Terry believes it was extended with extra frames. Her and a gaff rigged boat called Marpu were probably the last kauri boats to be built in Freemans Bay. Bad luck followed both yachts – Rangi Rua was lost in the Trans Tasman race in 1948 and Marpu was lost in the Pacific on its way home from Japan.
Terry owned Rangi Rua for many years and had her moored in the Town Basin in Whangarei in front of the wharf shed. He still has the log book which he kept when he sold her. In the photos of her on the slip, Terry is in the white overalls with his boatbuilder son, Frank and crew.
SUNDAY QUIZ
Yesterday Angus Rogers was doing what most of us were doing i.e. nothing 🙂 so he took an old photo out of its frame to clean the glass. Do we think Angus has ID’ed the yachts correctly ?  Sail numbers starting with A17 Ngatoa on right working left are A11 Ida, A5 Rawene, A3? Ariki and A16? Little Jim. Some of the anoraks may be able to identify the last two from their sails and shape and the yacht on the right with no numbers showing. 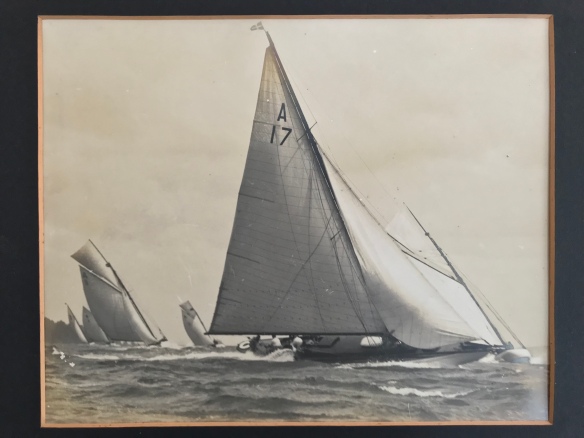