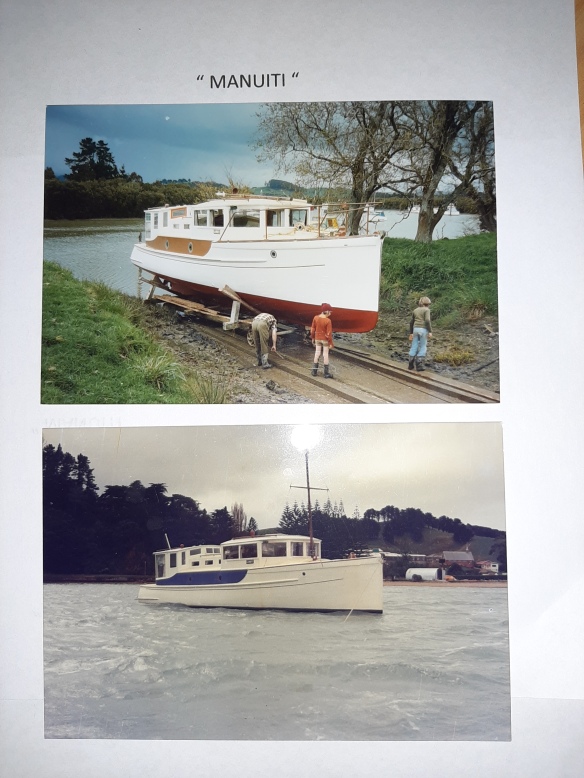 MANUITI
Today’s photos of Manuiti come to us from Malcolm Campbell.
Manuiti was owned by his uncle, Colin Jenkins, son of Lestock Jenkins (owner of Mahino, see Tuesdays WW story) ) one of Malcolm’s mothers brother’s.
Colin had Manuiti moored in the Clevedon River. Malcolm believes he had a Fordson engine.
The photos were given to Malcolm by his uncle, Colin, taken when he owned Manuiti.
Anyone know what became of the launch and who designed / built her?
Input from Harold Kidd – There are/were several MANU-ITIs. I think it was this one that was on TradeMe in 2010 as a 36ft bridgedecker built “by Lanes in 1920″….ummm maybe?
Another MANU-ITI, possibly the same boat, was owned by C.E. Stewart in 1941-43 with a 50hp Lycoming. Another was owned by G.D. Matthews of Devonport in 1957….and so on.