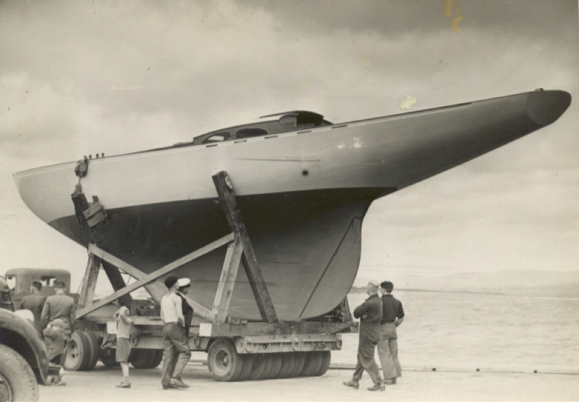 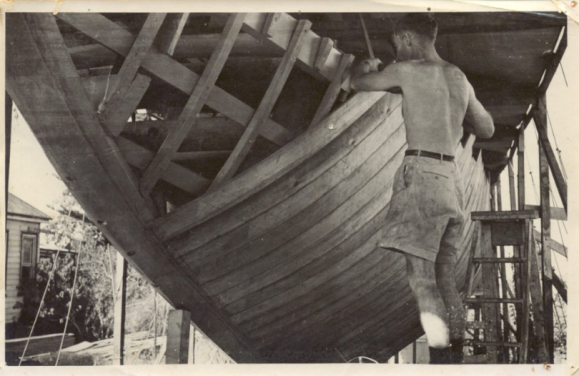 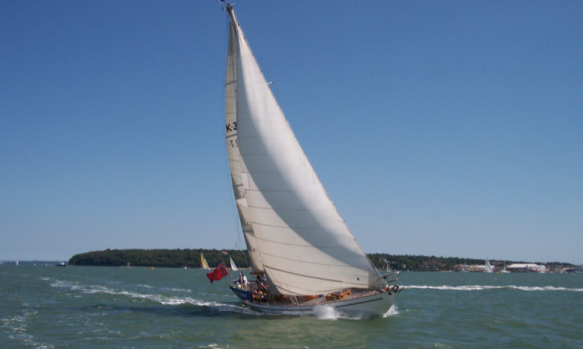 LEDA A26
I was recently tipped off by the new CYA chairperson – James Mortimer, about a great tale that was unfolding on the CYA forum. It involves a gent by the name of Russ Senkovich, who owns the 54’ kiwi built, 1949, yacht Leda. Russ & his wife are thinking of bringing Leda back to NZ & ultimately selling her here. Leda left NZ in 1953 & has been off shore ever since – there is an amazing weblog on her travels & maintenance over the years, check it out here   svleda.com
You can also follow the story on the CYAF – link here    https://classicyacht.org.nz/cyaforum/topic/leda-a26/
But let me set the scene for you on Leda, it starts with a Christopher Gordon Wilson, better known as Dooley and his brother Alexander, better known as Sandy who were both home from WWII and had a dream of racing the Fastnet.  However, the war had left the NZ dollar devalued and buying a yacht was out of the question.  So, of course, they decided to build one.  They had in their possession a book by Uffa Fox of noteworthy yacht designs.  One of the boats featured in that book was Ragna R.
Ragna R, launched in 1938, was built by Gustav Plym in Stockholm for a British client.  She is a Knud Reimers a design. The Wilson brothers admired the yacht and showed the book to a fellow named Jack Taylor, whom its believed worked for Lidgards.  Jack Taylor developed a full set of construction plans, including the dimensions of all the timbers needed for the project.

So, Dooley and Sandy, had their plan.  Now they just needed to build their boat. The line drawings below are dated June, of 1947.  Sandy would have been 25 and Dooley, 27-years old.  Remarkably Leda would be sailing 29 months later. She is double-planked kauri over mangeao frames with pohutakawa knees and copper rivets.  Leda’s deck is double planked kauri, her cabin is Douglas fir (Oregon pine) and pine.

Thats all you’ll get here today on WW – use the link above to read / view the full story – its a great read.

22-10-2018 Input from Neil Chalmers – Neil commented to me that the Leda post reminded Neil of a story Con Morley told him about his admiration of Knud Reimers yacht designs .
Con owned and raced ‘Freya’, a 32 foot double ender built in the 1950’s. ‘Freya’ was very similar to  Reimers ‘Stor Tumlaren’ design made famous by the well known British yachtsman / author K Adlard Coles and his yacht ‘Cohoe’.
During a visit to Stockholm, Con called at  the Reimers design office and met the great man himself. Reimers was very polite and formal . He mentioned to Con that he was aware several of his designs had been built in NZ , however he had never sold any plans to NZ !