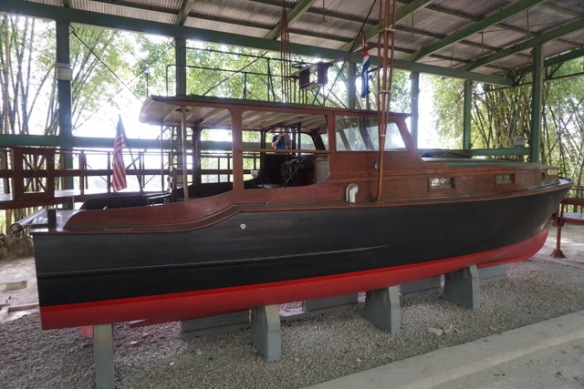 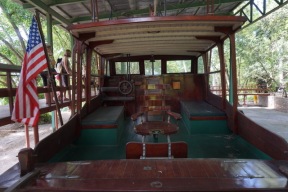 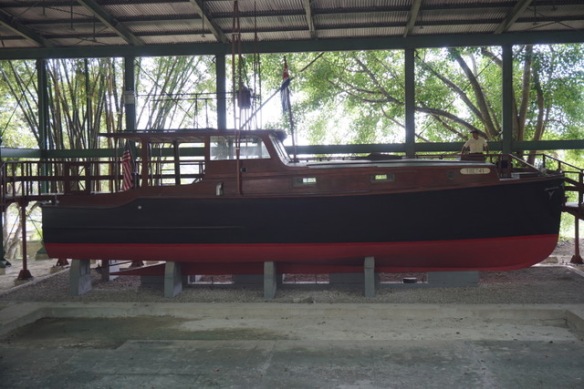 PILAR – A Woody On Tour

A little while ago woody Rod Marler was in Cuba, while there he visited the Ernest Hemingway museum & photographed –  ‘Pilar’, Hemingway’s 38’ sport fisher. Built by the Wheeler Boatyard, Brooklyn New York and launched in 1934.

Below is a great read on the history of the boat, published courtesy of the Hemingway Home website, as are the b/w photos below.
“Returning to Key West from an African safari in 1934, Ernest Hemingway stopped off in New York to take a few meetings. At one with the editor of Esquire, Arnold Gingrich, Hemingway was given a $3300 advance for some short stories. He promptly took himself out to Coney Island to the Wheeler Shipyard and used the cash as down payment on a customized yacht.
Wheeler was known and rewarded for producing exceptional hand-crafted wooden boats. It had begun producing a pleasure yacht called the Playmate in 1920 and been very successful (the model would be produced until 1939.) Hemingway’s modifications to the 38-foot version he ordered included a live fish well and a wooden roller spanning the transom to aid in hauling fish aboard. He also requested extra large fuel tanks so he could stay at sea for longer periods of time. The boat had two motors – a 75hp for traveling and a 40hp for trolling. And he requested a flying bridge. The photo above shows Hemingway atop that flying bridge as Pilar pulls out of Havana harbor.
The finished yacht cost $7500 and was brought to Key West and christened Pilar. (Not only the name of the heroine in For Whom the Bell Tolls, Pilar is also the nickname for then-wife Pauline.) Through Key West friend and hardware store owner, Charles Thompson, Hemingway gained permission to dock her at the Navy Yard (the Navy was barely using it at the time.) This put the ship at dock only a few blocks from Hemingway’s home on Whitehead Street.
In 1940, when Ernest and Pauline divorced and he subsequently married Martha Gelhorn (whom he’d met at Sloppy Joe’s,) they relocated to Cuba and bought Finca Vigia (Lookout Farm) the home on a hilltop overlooking Havana. Pilar was docked at Cojimar, a small fishing village east of Havana, which was the inspiration for Ernest Hemingway’s The Old Man and the Sea.
When he left Cuba in 1960 with fourth wife, Mary he knew he’d be back. But the Bay of Pigs invasion in 1961 cut off his return and separated him from his beloved Pilar. After Hemingway’s death in July of that year, his widow gave the ship to Gregorio Fuentes who had served as her captain. Fuentes also served as the basis for the character Santiago, in The Old Man and The Sea and passed away in 2002 at the age of 104.
Today, Finca Vigia is a museum where Pilar is on display atop the tennis courts with a walkway encircling her so visitors can view the interior.”