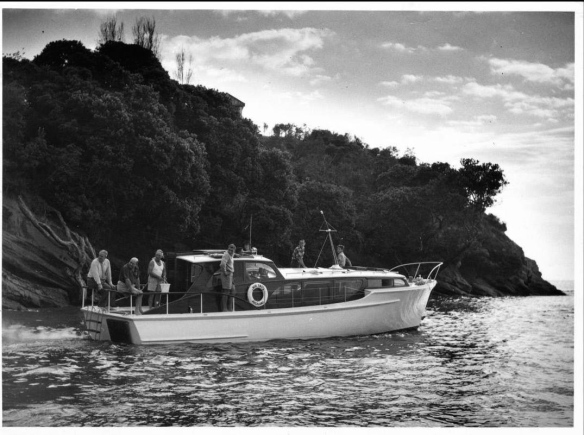 The above photo of the launch Nor’ East appeared via Lew Redwood on the NZ Cars, Boats etc. face book page. Its thought the photo was taken in the 1970’s.

I could be very wrong but to my eyes she looks to be leaving Milford Creek, Auckland.

What do we know about Nor’ East?

Input from Kevin Cassidy – The photo of Nor ‘East is from the cover of Seaspray mag in early 60’s with the caption Nor ‘East maiden voyage. She was built by Allen Williams at Milford creek.

Popped over to Westhaven to get some fuel yesterday afternoon & by chance caught the end of the 97th Lipton Cup, Mullet boat race (details below*). Not sure of the winner so will leave that announcement to the host club – the ‘Royal’ Ponsonby Cruising Club.

A nice breeze saw them scooting along at a good turn of speed.  A selection of the boats below (ex iphone & blown up, so a little grainy)

*The Lipton Cup is NZ yachting oldest competed for trophy that is sailed for in 22ft (6.7mt) L Class yachts which are commonly referred to as Mullet Boats. Some of the race fleet are now over 100 years old and are still very competitive. 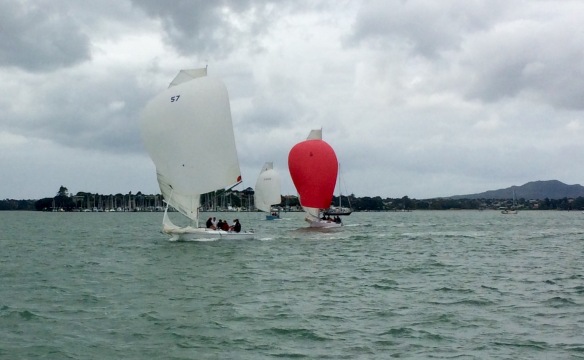 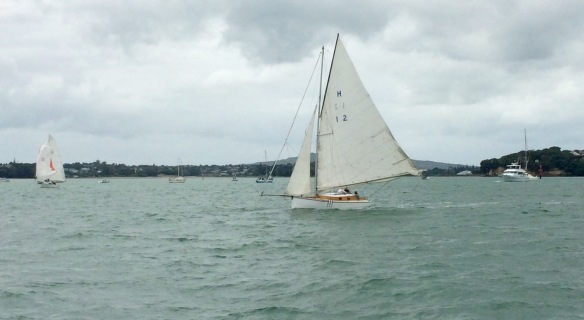 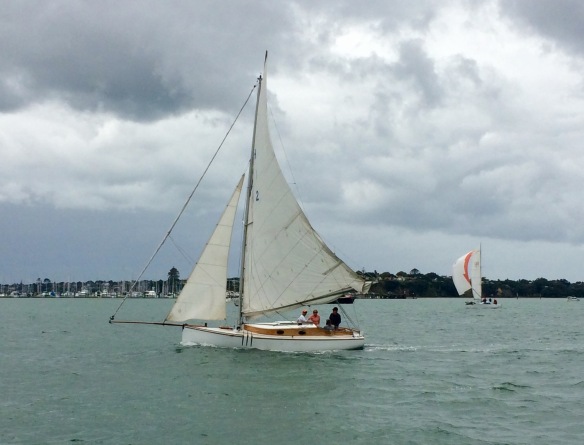 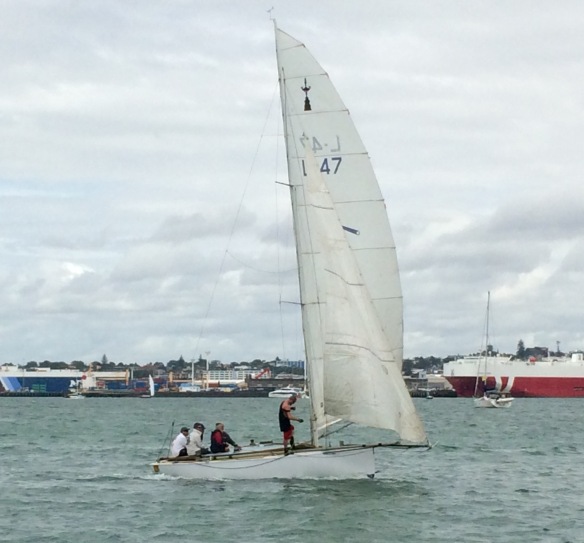 A Message for CYA Members

Next weekend is a double banger for CYA launch owners – on Saturday (24th) there is the annual Cake Day & Round Rangi Yacht Race. The day ends with a raft-up in Islington Bay, where along with lots of refreshing fizzy drinks, there is a cake competition (not compulsory but a lot of fun). The gathering is a great opportunity for CYA launch owners to mix & mingle with the rag & stick boys.

Then on Sunday (25th) we have a lunch cruise up to the Riverhead Hotel – these days are brilliant classic outings – details on the CYA website http://classicyacht.org.nz 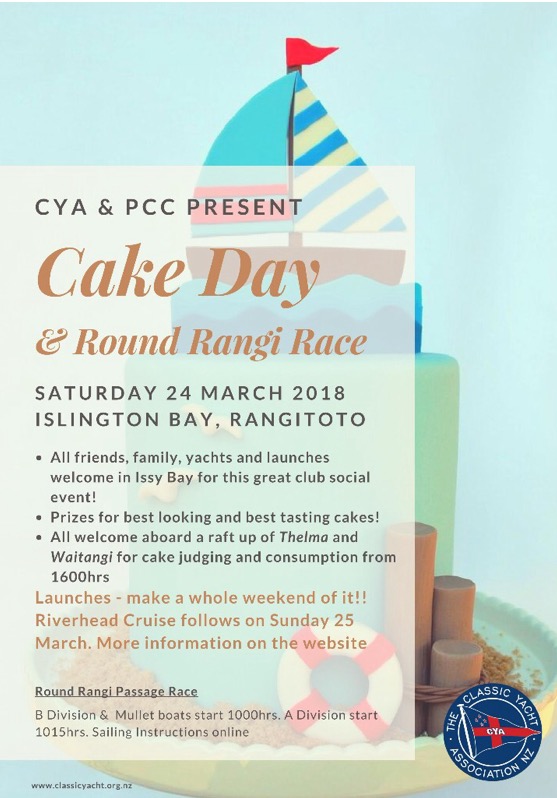 If you are doing the trip (I will be) – be a good lad & follow the leader up the creek. The skipper of the plastic boat below, who shall remain nameless, but steers very big commercial vessels for a living, last weekend ignored the channel & spent a long night on the mud flats 🙂 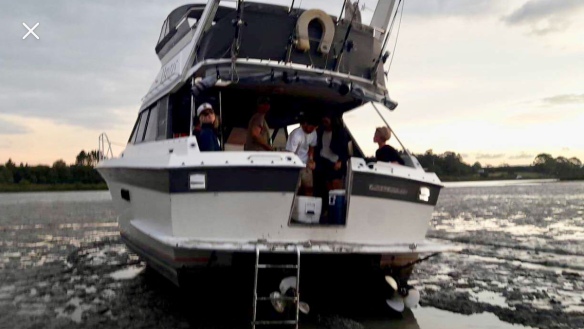 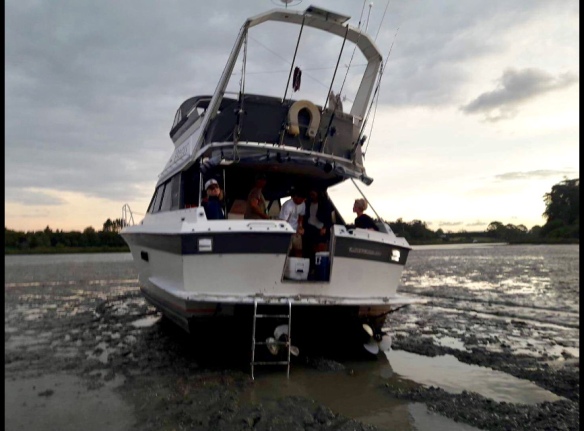