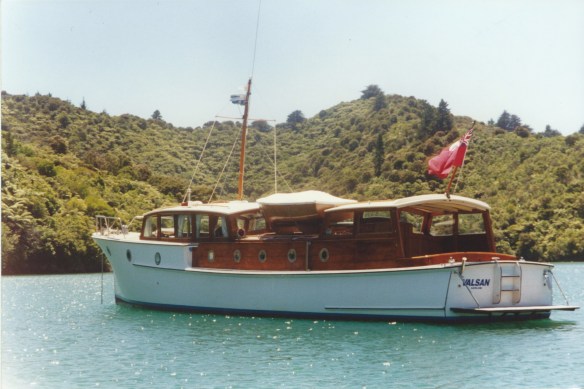 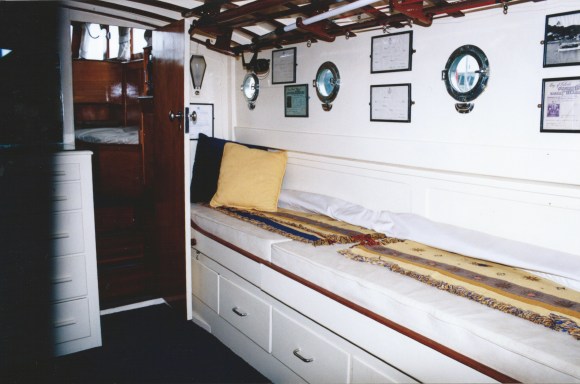 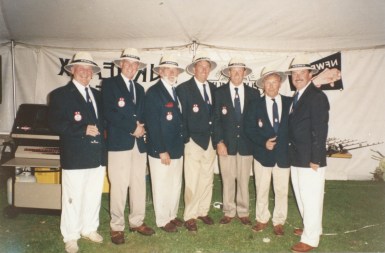 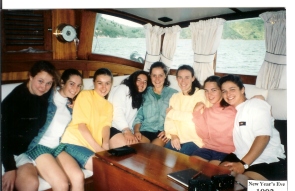 VALSAN
Recently on ww one of Valsan’s previous owners, Shirley Colthart reached out to her current owners Ian & Carol Nicholson & made a very generous offer to pass on a collection of blue blazers that had been custom made for Valsan’s crew (refer photo above)c1995/6. During the process Shirley mentioned that she had a collection of old photos from during their ownership, which  appear above. Below I have reproduced Shirley’s note (edited) to me that accompanied the photos. The collection is a wonderful snapshot into a period of Valsan’s history.  (As always click on any photos to enlarge) Enjoy.

“I have sorted through a few photos of when Valsan was in our care that may be of interest. When we sold to Hans Otto in 1998 we left a full history onboard including a home movie of her 1938 launch and letters between ourselves and the original owner’s daughter Valerie Harvey and it would be nice to know all was still intact for Ian when he took possession.

We added a dining table and elevated the seating area around the dining table so as to have a view out the windows as the original seating was very low, and due to our cooler climate in the south we also added the diesel burner.

We and our family loved Valsan and only sold to acquire a vessel with more accommodation once our daughters became older and wanted their friends to stay.
We purchased her in December 1988 from Jobe Hollander in Auckland and my husband and friends, with a professional skipper onboard, cruised her down to the Marlborough Sounds, quite a mission as they had to carry two 44 gallon drums of additional fuel in the cockpit and along the way encountered a couple of big storms where she well and truly proved herself to be a very seaworthy vessel indeed.

Early 1993, my husband, with a crew, brought her down from the Marlborough Sounds to Lyttelton where she was used as the after-function venue at the Banks Peninsula Cruising Club for our elder daughter Anna’s 21st celebration”.

Below are copies of Valsan’s Certificate of British Registry and the NAPS booklet from a 1943 Smoke Concert. For reference also below is the first page naming the NAPS ships. 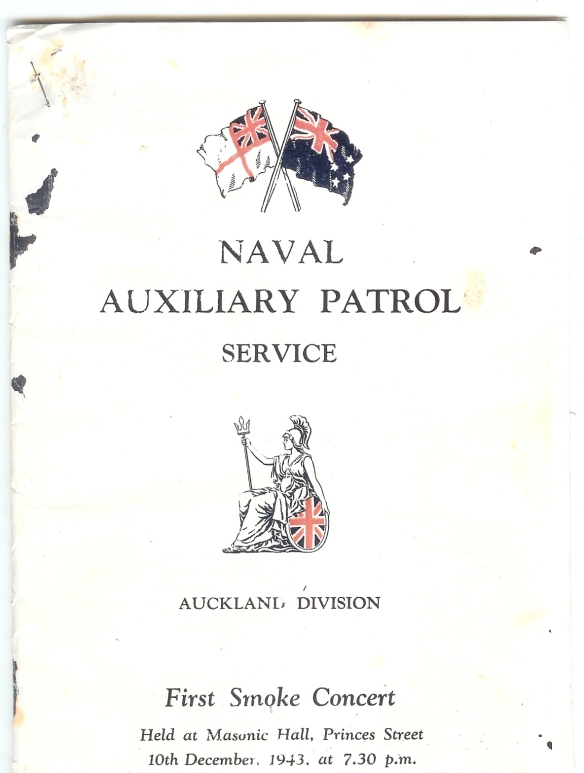