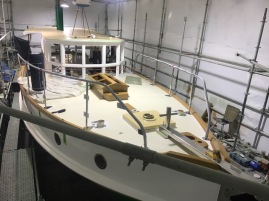 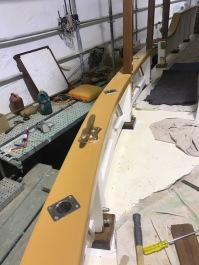 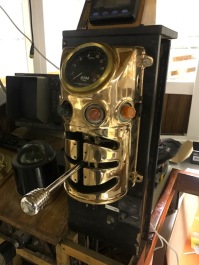 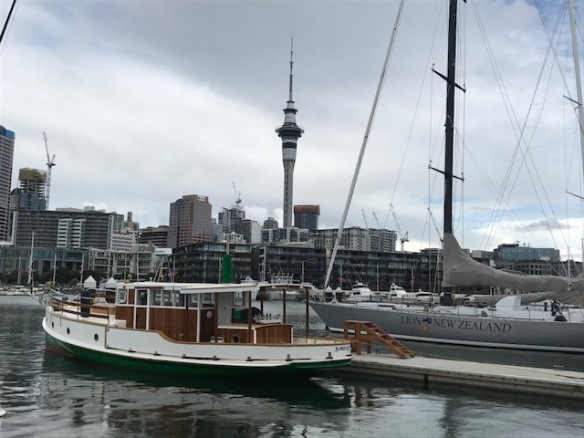 A couple of days ago I was alerted by Baden Pascoe to the recently relaunched Bondi Belle, ww readers may recall that back in February 2014 Baden alerted us that her owner at the time Ted Carter was looking to sell the old girl. Well she was bought by Dan Abernethy, the photo below of her resting on the poles was taken on the day Dan bought her from Ted at Sandspit.

I’m pleased to be able to report that she has undergone a very sympathetically rebuild at Pine Harbour & looks wonderful. Dan asked that I give a special mention to his brother-in-law’s father, John Waterman, seen in one of the photos above. John’s has spent numerous hours on the boat doing all filling and fairing and spray painted the boat. Happening this week will be the addition of her mast 🙂

Bondi Bell was built as S.S.Whakapara, at Whakapara (North of Whangarei) by Charles Bailey Jr. for the Foote family who were saw millers at several Northland locations . Launched in 1901, initially she was a steamer and was converted to diesel in the 1920’s. You can view / read more details on her past here https://waitematawoodys.com/2014/02/17/bondi-belle/ 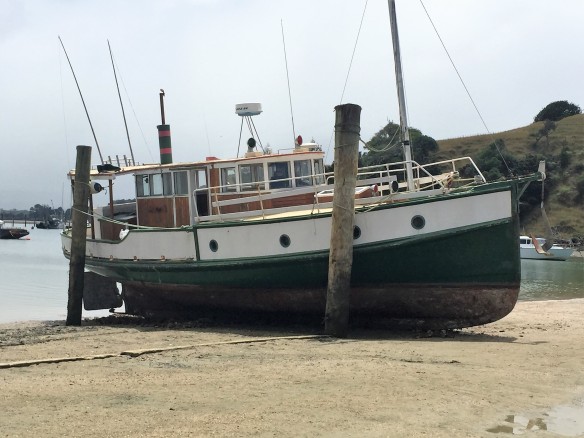