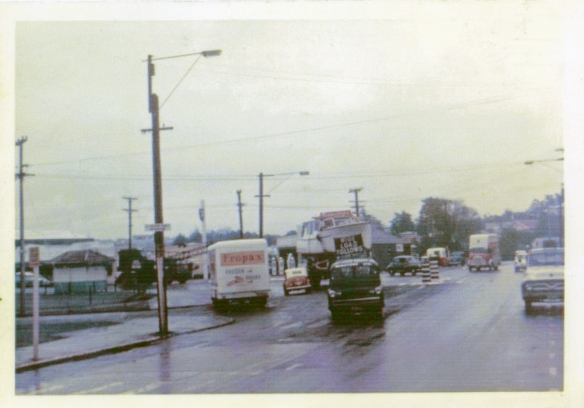 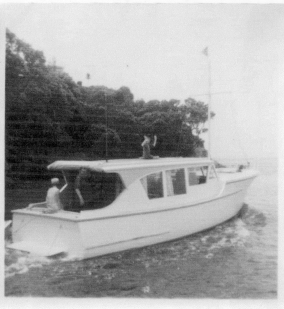 Merita has featured in detail on ww before (blue link below to view the story) but when Murray sent me the above collection of photos from when she was built & launched back in 1965 they were just too good to add to the existing post. One photo shows her being towed through the Milford shops on-route to her launch off Milford Beach.
While there is some conflicting/confusing info on the original ww post, what I came tell you is that Murray has confirmed that Merita was built by his father in law – James (Jim) Dymock of Takapuna in his brothers (Bill Dymock) building yard behind the Waitemata Power Board in Taharoto Rd. The family are unsure of the hull design but the cabin top was designed by Brin Wilson. She was launched in 1965 in the Milford Creek where she spend her early days.

Special thanks to Russell Ward for scanning the original photos.