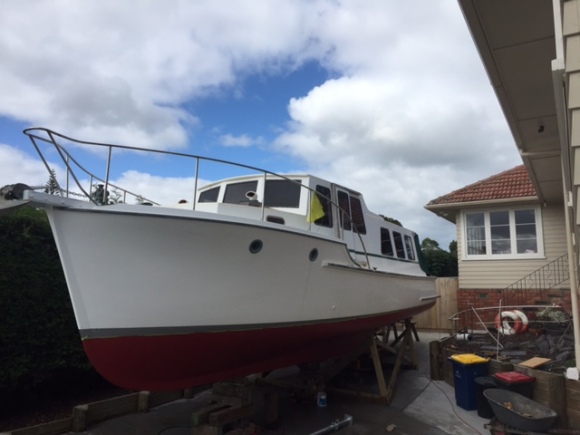 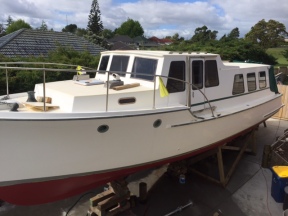 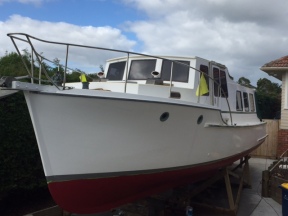 Kevin sent in the above photos yesterday of Zircon & it got bumped to the top of the ww posting list for the simple fact that he has done a top chop & lost the flybridge 🙂
When purchased, a few months ago, she very run down & Kevin has wasted no time in giving her a make over.
Not a lot is known about Zircon & her name is probably not her as launched name.
She is 34′, powered by a 6 cyl. Perkins & built with glue edged carvel planks. Her previous owner understands that she was built in Whangarei in 1959 as a commercial fishing boat & based in Coromandel.
Prior to Kevin’s purchase, home was W Pier at Westhaven.

Todays challenge woodys is can we shed some light on Zircon’s past? – design, builder, previous owners / names etc

Photos below are as purchased 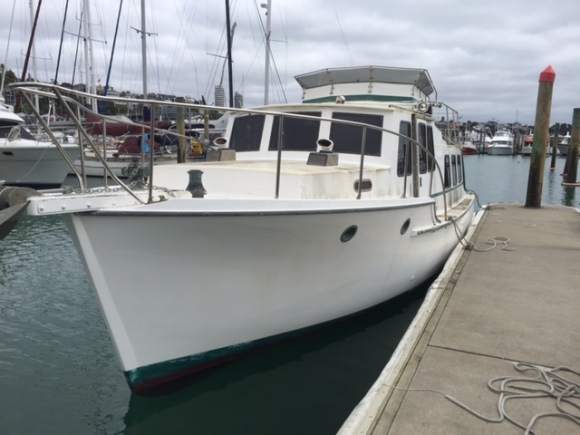 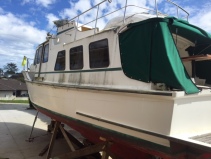 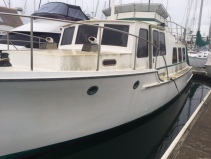 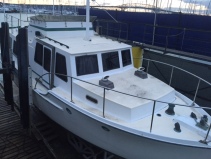 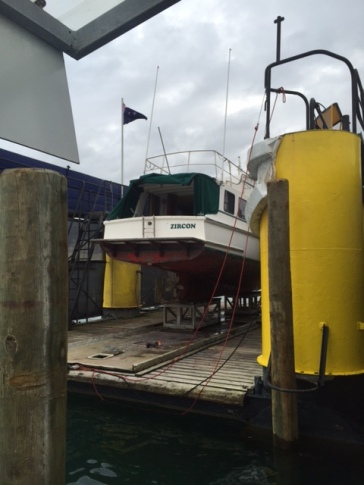 20-04-2016 – Roger Turnbull sent in the  three photos of Zircon below. One of them shows the coamings and flying bridge as it was when Roger purchased her. 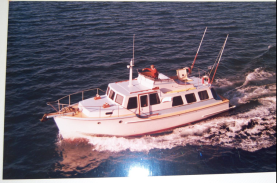 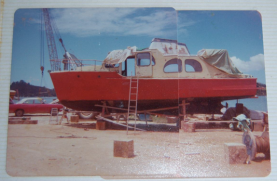 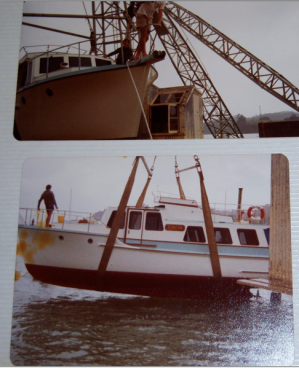 Ewan Kerr emailed in the 2 photos below of Zircon, taken when his family owned her.  They bought Zircon in February 1986 from a gentleman by the name of Athol Myers who at the time would have been in his 70’s or 80’s. They used the boat as a family cruiser and sold Zircon in March 1988. 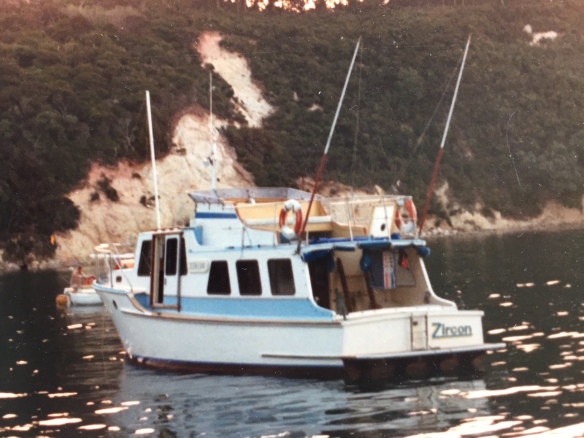 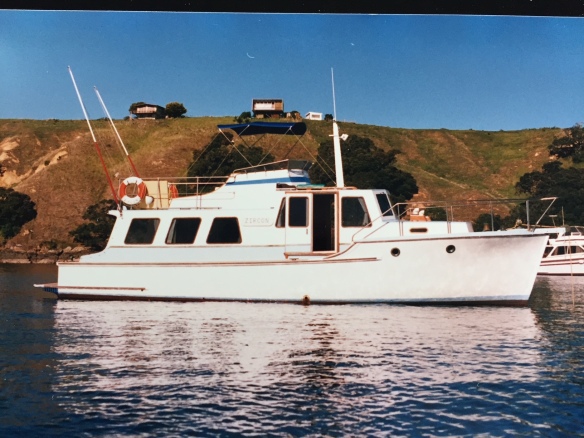